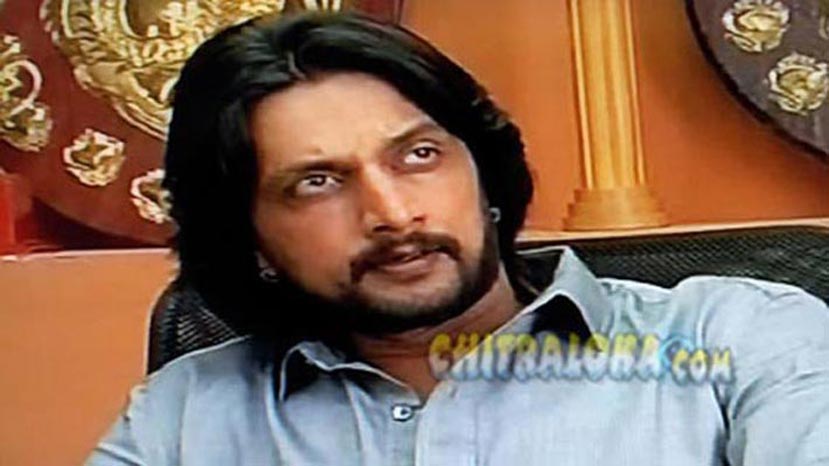 After a gap of nearly six months Sudeep made a guest appearance in Pradeep starrer 'Rangan Style' on Monday. Sudeep's role is a short one and the actor plays the role of a police officer in the film.

A special police station set was erected at the Rockline Studios and scenes featuring Sudeep, Pradeep and others was shot.

Pradeep says, though Sudeep's role is short, he plays a prominent role in the film. After Sudeep's entry, the flow of the story changes says Pradeep