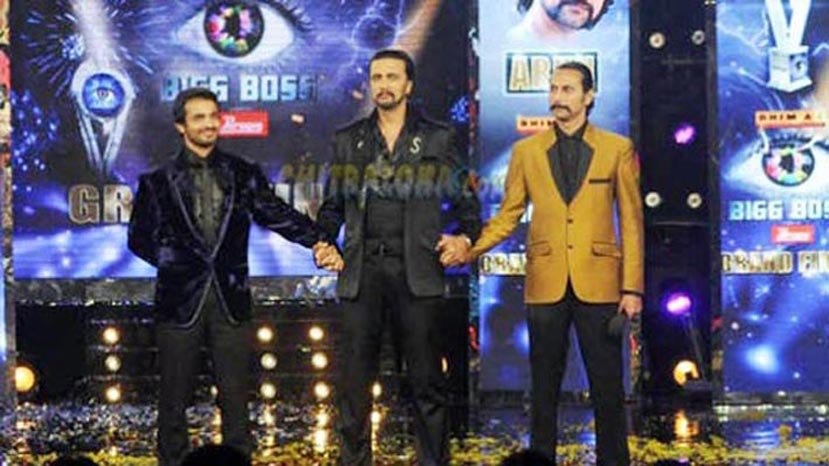 After public support, Arun Sagar also got some star support after having lost out for the keenly contested top spot in the first season of reality show Bigg Boss. In the last moment, Vijay Raghavendra won the show pipping Arun. But there has been an outpouring of support in favour of Arun by people who feel that his talent and entertaining personality should have won over the goodness and decency of Vijay Raghavendra.

The latest to voice such an opinion is none other than the showman of Sandalwood V Ravichandaran. Asked about his opinion he said that if he was the judge to select the winner, he would have chosen Arun Sagar.

Reflecting on the sentiment, one of the contestants, Sanjjanaa, who did not make it to the finals has said, "so whoever would have won the Bigg Boss would have been a debatable topic. However all the finalists are true."

Arun was the most entertaining contestant while Vijay was the least controversial. As of now there is an outpouring of support for Arun online.