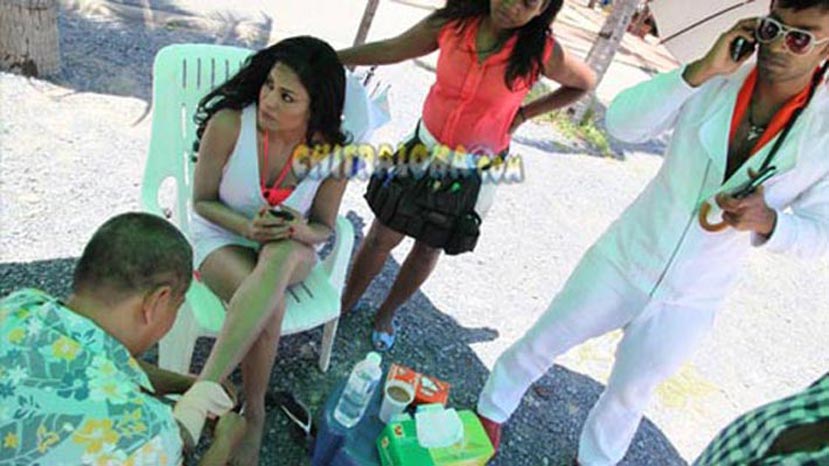 Veena, while shooting for the song tore her toe nail and it started bleeding profusely. The doctor was called on sets immediately and Veena's foot was bandaged. Filming in Thailand has been halted for several hours to allow Veena to recover. It’s a known fact she gives her heart and soul while filming a movie.  Veena Malik said, “Being injured is not a new thing for me but this one was little bit tough for me because the song needs a romantic feeling and getting injured while filming the song it was really painful and difficult. Thailand is a very beautiful place I love it.”  It seems that Malik is leaving no stone unturned to make sure her movie rings the bell at the box office. Veena is also preparing herself for her upcoming Bollywood “The City That Never Sleeps” which is produced by Satish Reddy.