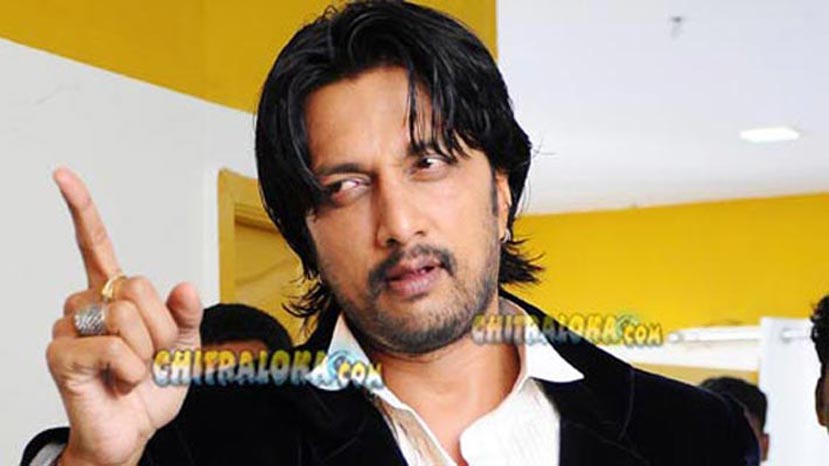 Sudeep will be seen with a tame tiger in a new film releasing this week. According to sources, his role in the Telugu film Action, is similar to what Mike Tyson did in Hollywood film Hangover.
Sudeep acted Telugu film Action is set for release this week. Though Sudeep plays only a guest role in the film, it attains significance as it comes on the back of his hugely successful Telugu film Eega. Action is a 3D film and is also made in Tamil as Aasu Raja Rani Jackie Matrum Joker.
The film is said to be the first 3D comedy film in India. It is a copy of the Hollywood film Hangover. Interestingly, the film also inspired the Tamil film Goa, which is being remade in Kannada with the same title.
In Action, Sudeep plays an eccentric Billionaire whose pet Tiger is stolen by drunken men. After an ultimatum by Sudeep, they try to get the Tiger back to him.