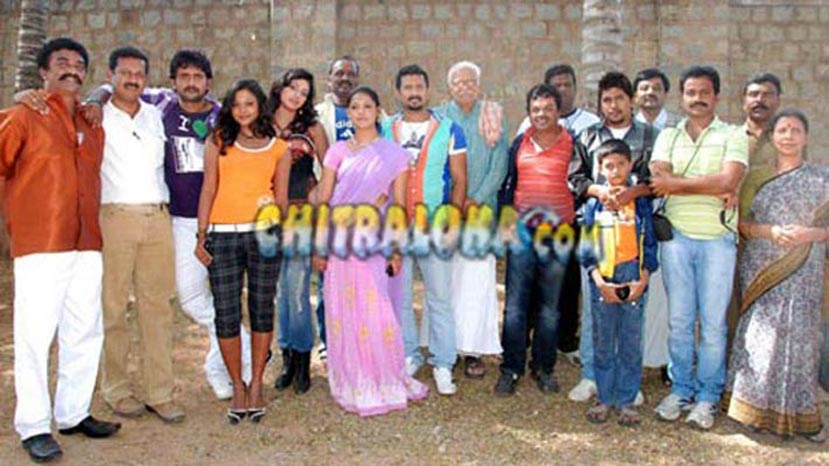 Diamond Star Sreenagara Kitty described his forthcoming release Kilaadi Kitty as a breezy entertainer which will engage the audience for over 140 minutes by all mass elements and entertainment. He was addresssing a press meet organised by producer Shivakumar of Kilaadi Kitty to share his happiness over the high voltage audio release of the film hedl recently when West Indian Crickets Chris Gayle released the audio in Good Shepherd auditorium.

Kitty said that the film is a remake of  Blade Babji which in Telugu had many portions which were exaggerated.  "This aspect would not have gone well with our audience.  We have toned down the exaggeration aspects to make the film a little more logical and natural.  I am sure that in the present form the film is sure to give more than one hundred percent satisfaction for the audience' said Kitty.

The press meet was also attended by the film's director Anantha Raju, Music director Jessie Gift, the film's two heroines  Hari Priya and Nivedhitha a.k.a. Smitha.  All the speakers highlighted the comedy elements in the film which is sure to be a major attraction of the film.

Hari Priya said the month of May will see three of her films getting released including Kilaadi Kitty for which everything fell in place. According to her a Malayalam and Tamil film in which she is in leading role is also being released.

"I am happy that song compositions were good, choreographers were top class and even locations matched the quality of the songs' said Hari Priya.

"The audio release function was a big success.  The major highlight was that Chris Gayle not only spoke in Kannada in the beginning and wished the product.  Sreengara Kitty, Hari Priya, Nivedhitha and all other danced along with Gayle.  It was certainly a great moment in my life' declared Shivakumar.