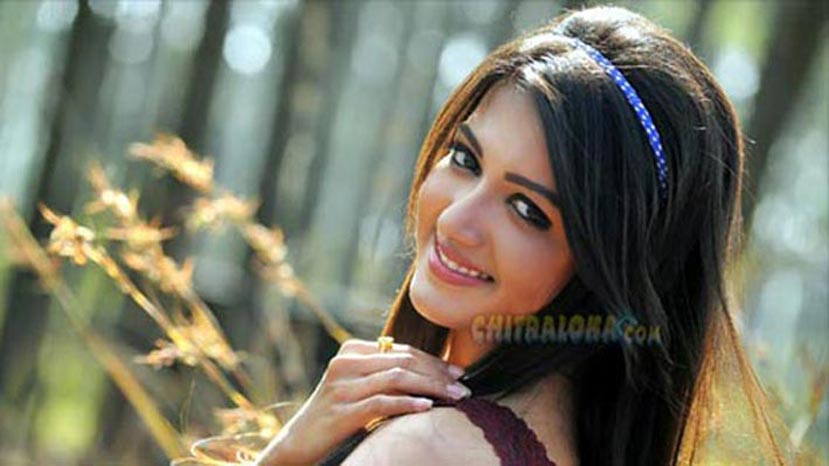 Bangalore based actress Catherine Tressa's first release 'Iddirammayelitho' starring Allu Arjun and directed by Puri Jagannadh was released on Friday and the film is getting some good response from the audience. Particularly Catherine who plays the role of Akanksha has given a good performance. Now the question is that whether the heroine will make it big in Tollywood or not?

Catherine made her debut through Vijay starrer 'Shankar IPS' in 2010. Catherine played a model in the film and though her entry was recognised, Catherine found it hard to get other offers. It was again K Manju who was the producer of 'Shankar IPS' gave her the second break to Catherine. The actress played one of the heroines to Upendra, but the actress didn't have much to do in the film. Catherine also acted in Abhijith's 'Vishnu' after she moved to Malayalam to act in 'The Thriller' and 'Uppukundam Brothers', but failed to earn a good name for acting.

Catherine then moved to Telugu where she got a great opportunity to act in a Allu Arjun film with Puri Jagannadh as the director. She also went on to sign films like 'Chammak Challo' and 'Paisa'. Both the films are under production, but not only 'Iddarammayelitho' has got a huge opening, but also Catherine's performance is well appreciated by the audience. Will the film prove lucky for the unlucky actress who has not got a single hit in a career spanning three years has to be seen in the future.