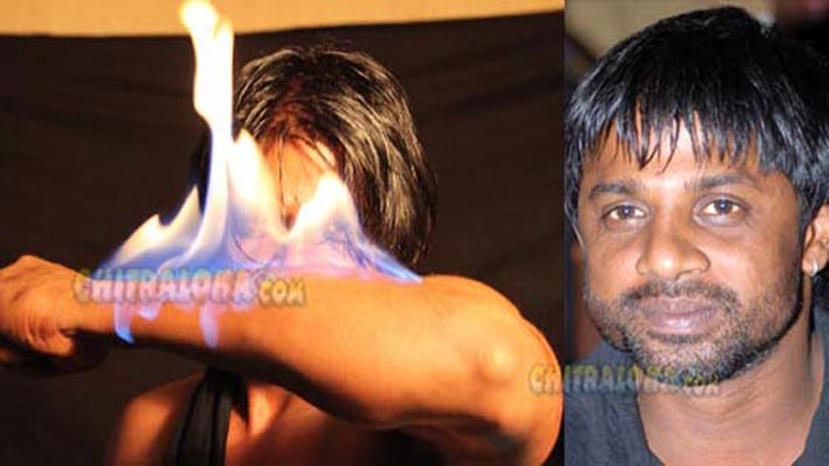 Actor 'Duniya' Vijay escaped a fire mishap during the photo shoot of his latest film 'Shivajinagara' being produced by Ramu and directed by P N Satya.

Vijay participated in the photo shoot of 'Shivajinagara' on Saturday morning. 5D Seenu alias Still Seenu took photos of Vijay in various get ups. During one shot Vijay caught fire, but the team was alert enough to put off the fire.