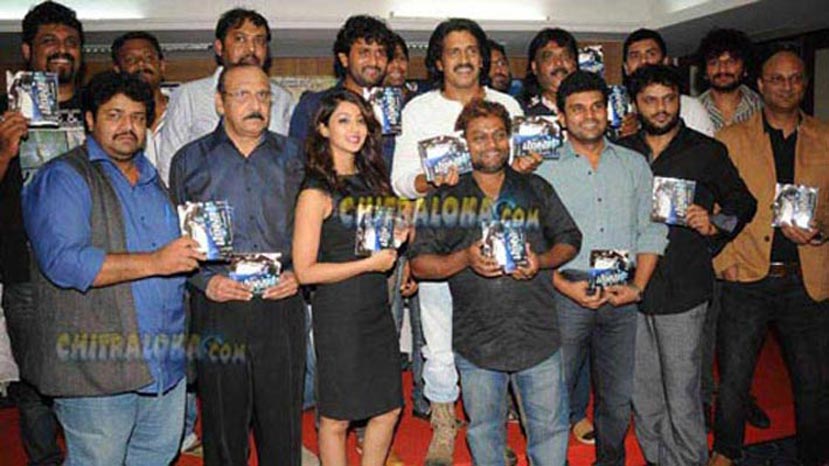 Srinagar Kitty's new film Tony's audio launch on Saturday evening was a rain drenched affair. The event was organised at the poolside of a hotel in Gandhinagar. But it was not just the IPL match that was affected due to the rain.

Tony's audio launch had to be hurriedly shifted indoors. However, the film team was not dampened by the rains and it was a memorable audio launch with Real Star Upendra doing the honours.

The film has five full songs and four bit sons for which Sadhu Kokila has scored the music. Everyone who heard the songs were all praise for Sadhu Kokila's melodious tunes. The film stars Kitty and Aindrita Ray who are paired for the first time together. The film is likely to be released sometime in the end of June. Three music directors have worked in the film. While Sadhu Kokila has scored the music, Harikrishna has sung a song while Raghu Dixit has sung as well as acted in the film.