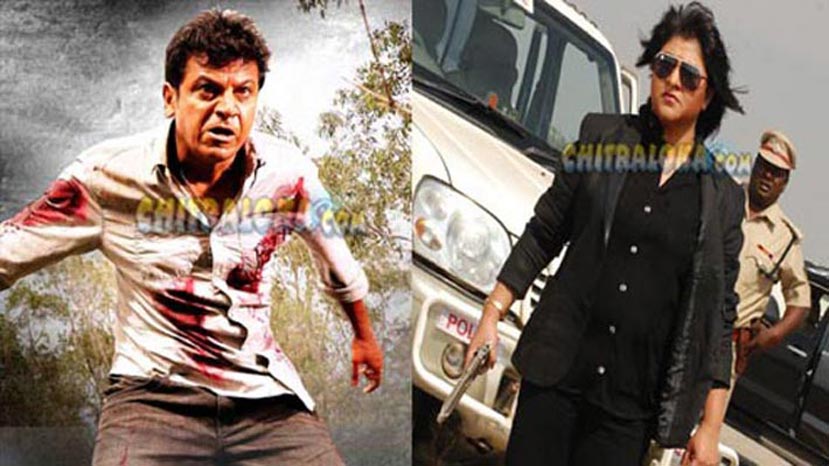 Last time, the clash of two giants at the box-office missed with Shivarajkumar starrer 'Andar Bahar' postponing. This time it is likely to witness Shivarajkumar and Malashree's new films releasing on the same date.

Yes, Shivarajkumar starrer 'Kaddipudi' and Malashree's 'Election' is likely to release on the same date. 'Election' was supposed to release on the 03rd of May. However, the Regional Board of Censor Certification saw the film and recommended it to the Revising Committee hereby delaying the film's release. The Revising Committee has given a green signal by giving a U/A Certificate to the film recently. Producer Ramu had plans of releasing the film on 17th of May. Now it looks as if that the film may be postponed for a week.

Though the shooting and post production of Shivarajkumar's 'Kaddipudi' was finished many days back, the film could not be released as Shivarajkumar's another film 'Andar Bahar' was waiting to get released. So producer Chandru had postponed the film to May 24 and has also blocked the theatres and has confirmed that he will be releasing the film on the same date.

Kaddipudi censore will be done in this week and final date of the movie release will be announced later. We are trying to release the movie on 24th says producer Chandru

The clash was somehow avoided last time. But what will happen this time is yet to be seen?