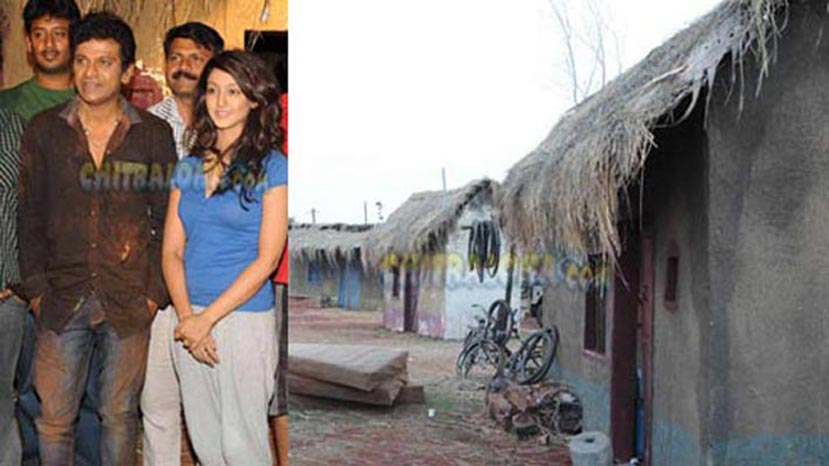 The specially erected set for Shivarajkumar starrer 'Bhajarangee' at Hesaraghatta has collapsed due to heavy rains by injuring eight members of the team. The team of 'Bhajarangee' has been shooting at a set erected by Ravi and his team at Hesaraghatta for the past few days. The shooting at the sets is almost nearing completion and on Friday night, the team was shooting at the sets amidst rains. But around 9.30 in the night, the set collapsed due to heavy rains injuring eight members.

The members of the team were rushed to the nearby hospital. However, Shivarajkumar who was at a distance remained safe. Meanwhile, Shivarajkumar is all set to go to Kollur for a temple visit on Saturday.