Saikumar, Son And Brothers in One Movie 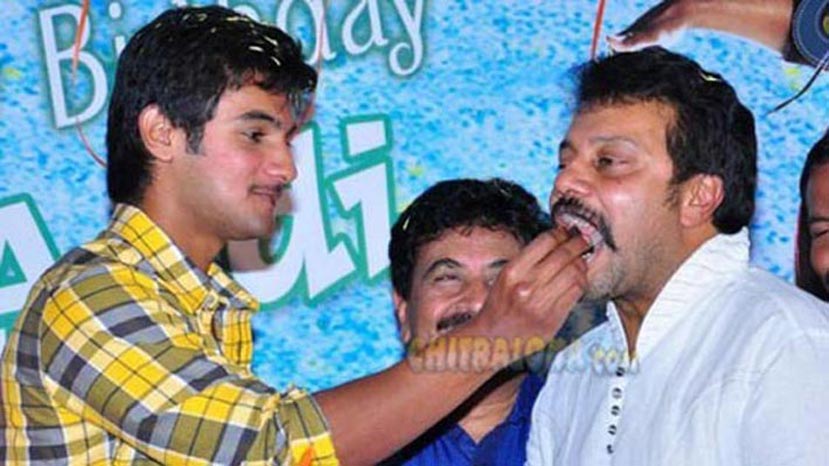 Dialogue king Saikumar will be seen in a Kannada-Telugu bilingual film shortly. His son, Aadi, will make his Kannada debut in this film, while his brother Aiyappa Sharma will direct it. Another brother, Ravishankar will do a guest role in the film as well. The film, which is still untitled, is produced by Shankar Gowda and will be officially announced on April 11.

Aadi has acted in three Telugu films so far Prema Kavali, Lovely and Sukumarudu. This is one of those rare occasions where four members of the same family will be seen in a single film. For Shankar Gowda, this is his first foray outside Sandalwood. Aadi is taking Kannada lessons for this movie. Shankar said that the young actor did not want to be criticised for not knowing the language and therefore taking Kannada classes for three months. "It is his dedication to work. He says that since his father is known as 'dialogue king' he does not want any disrespect to come to it. Therefore he chose to do whatever necessary to uphold his father's legacy. The film will be officially announced on April 11. Shooting will start shortly after that."