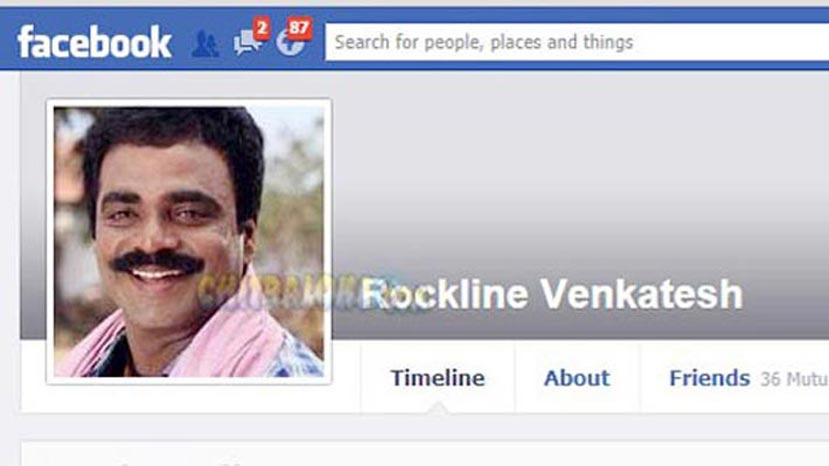 The fake account used by a miscreant on Facebook to lure gullible girls has become a sensational issue. The fact that the miscreant used the name of Rockline Venkatesh, one of Sandalwood's most popular and best behaved gentlemen has shocked the film industry. Rockline has on Saturday filed a complaint with the Cyber Crime police against the unknown miscreant who created a fake account in his name and tried to take advantage of a girl online. Even as Rockline filed the complaint and spoke about it on the media, the fake account has been deleted.

Using the fake account, the miscreant chatted with a young girl and promised to get her roles in films with top stars. In return, he asked the girl to sleep with him and directors. He has directly told the girl that he has introduced 70 heroines to films and all of them had to sleep around till they make a name. The unsuspecting girl at first even sent him her photos as well as the photos of her friends who were interested in acting. She backed out only when the demand for sex was made.

Rockline Venkatesh has been shocked at how his name was being misused and someone was impersonating him for so long. A couple of years ago, a complaint by Rockline resulted in a website dealing with pirated Kannada film music shutting down. Now, after his complaint, the miscreant has deleted the account. But there are chances that there are fake accounts of other film personalities in Facebook and other social networking sites.