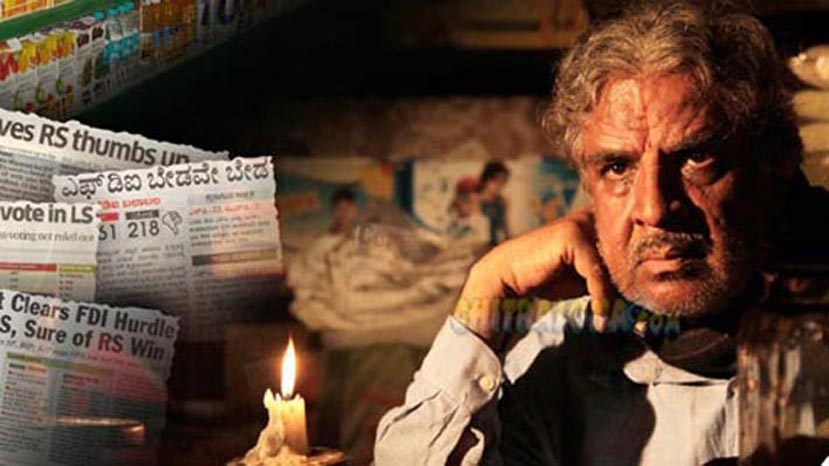 The national award winning film by P Sheshadri, Bharat Stores will be releasing on April 5. The film, through which Sheshadri created a national record by winning national awards for all his seven films, will also be making another record. For the first time, an art-film will be releasing in as many as nine screens. This may look small in comparison to commercial films, but art-films are usually released only in one or two theatres. For the first time, there will be four screens in Bangalore itself. Bharat Stores will also release in Mysore, Hubli, Belgaum and Mangalore.

Sheshadri said, "It is impossible to even dream of bringing crowds to a 900-seater single screen. So we are trying to releasing the film mostly in multiplexes. It is also beneficial as we have nothing to lose as the box office receipts are shared. There is a mis-conception that 'award winning films' are not good for watching. This is ingrained in the minds of the general audience so much that it is very difficult to convince them. It will take time and effort."