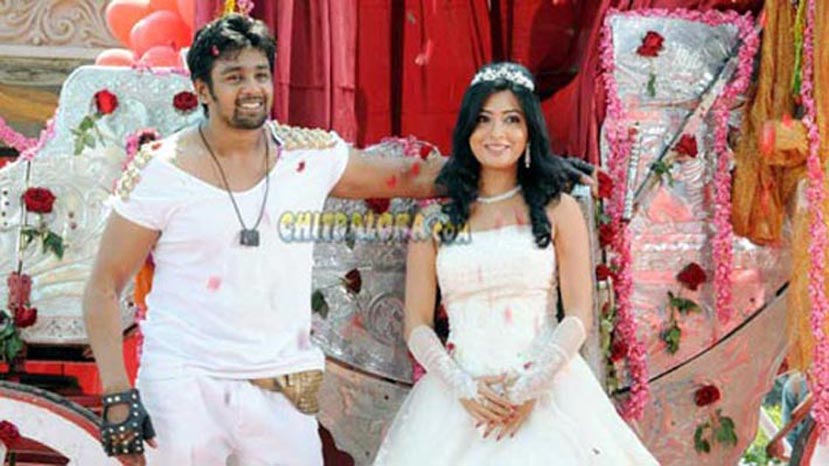 The speculations about who would be paired opposite Dhruva Sarja in his next venture ‘Bahaddur’ has finally answered. People who were waiting for to see the heroine of the film during the muhurath was surprised to see Radhika Pandith as the heroine opposite Dhruva Sarja. It was Radhika Pandith who had acted with Dhruva in ‘Addhoori’ last year. Now the successful duo has again been paired for ‘Bahaddur’.

The team had kept the selection of the heroine under wraps till the muhurath. During the muhurath also, Radhika kept away from the media glare and was sitting in a chariot. Just when actor-director Ravichandran clapped for the first shot, Radhika came along with Dhruva to surprise everyone.

Speaking about the secret Radhika said, 'actually the team wanted to keep it as a secret and didn't want to disclose until the first shot. That's why I didn't disclose to the media that I was acting in the film' said Radhika Pandith.

The shooting of the film will start from the 3rd of April and most of the portion will be shot in and around Mysore in the coming days.