Ambareesh Finds Own Story in Charminar 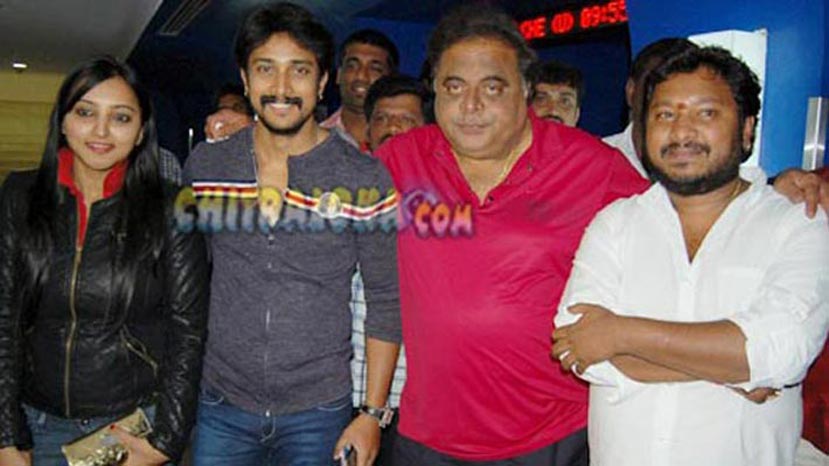 Rebel Star Ambareesh is impressed by the recent hit film Charminar. The veteran actor along with his family and a few close friends watched the film on Monday evening at the Cinepolis multiplex at the Meenakshi Mall. In fact, Ambareesh himself had arranged for the show which was also attended by the manager of the multiplex. Ambareesh had read reports about the film being good and spoke to the lead actor Prem Kumar about it before arranging the show. It may be recalled here that Ambareesh had watched Prem's previous film I Am Sorry Matte Banni Preetsona and helped it to be re-released after it was taken out of theatres in the first week. This time around however, Charminar has been doing well in theatres apart from getting positive reviews.

After watching the film, Ambareesh invited director R Chandru and the film team home and hosted a party for them. He praised Chandru's effort and commented that the film had a story that was similar to his own life. For Chandru, this was the biggest compliment for the film that he has also produced. Distributor Jayanna says the film's box office collection is keeping steady and it is on its way to becoming a big hit.