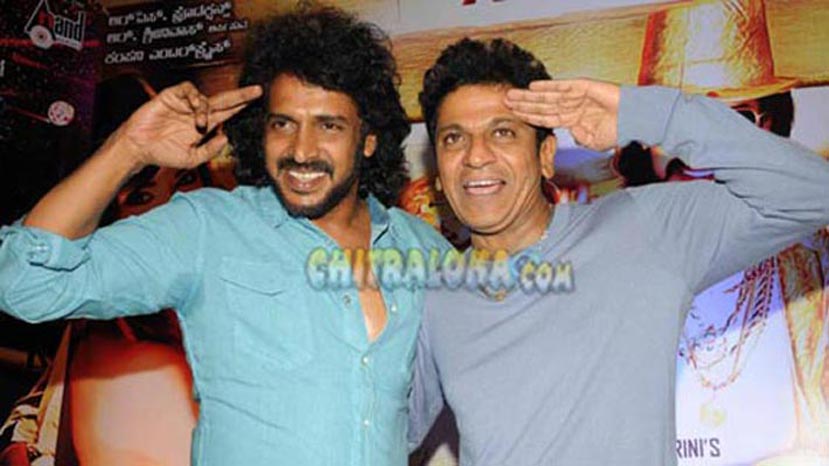 On Saturday night, Windsor Manor hotel witnessed the 'official' launch of Topiwala's audio album. However, the music CDs were available for more than a week in the market as there was another launch on February 13 itself. However, the February 13 event at the Annamma Temple in Majestic is being called a "pooja of the CDs." The albums were made available for sales after this pooja. Thus Topiwala has become one of the few films which had two audio launches. Similarly, there are two dates which are competing for the release of the movie. The film's director RJ Srini aka Srinivas said that Topiwal will be released either on March 7 or March 8. The final decision is yet to be taken by the producers KP Srikanth and Kanakapura Sreenivas. Since its launch, the album has been doing well in the market and especially the song Shangrila has become a super hit. Not surprisingly, music composer Harikrishna was the toast of the evening. 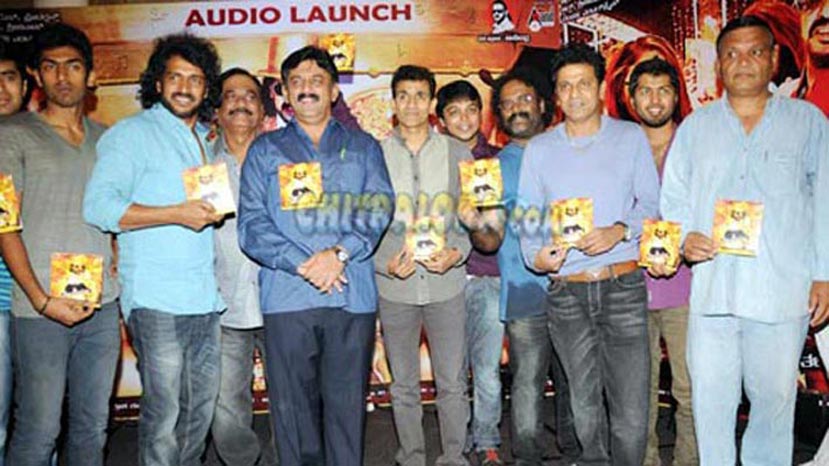 Meanwhile Chitraloka has learnt a bit about what the film is about. Till date, the subject of the film has been kept a secret. Sources said that the film's subject matter is politics and tries to educate and create awareness among the masses. This could therefore be the perfect film before the Assembly elections in Karnataka. Topiwala is the name of a character from Kannada's first film against corruption in public life; Antha. Srini says that there are different meanings to the name and no one should think it is only a negative title. He would only say that he film has suspense. On the aspect of dialogues, which is perhaps the most important part of any of Uppi's films, Srini said, "The dialogues were written with three things in mind. First was Upendra's fans, who want a particular type of dialogues from him. Second was what the character needed to say in the film. And finally, the information and message I wanted to say as a director."
All three brothers of the Rajkumar family, Shivanna, Raghavendra and Puneeth attended the audio launch. Raghanna was all praise for Upendra and said he had a special place in their family because he gave them a film like Om. Uppi and Shivanna were inseparable and cracked insider jokes between them. In between all these, politician and former minister DK Shivakumar was asked why he had never acted in a movie so far. He did not have an answer.