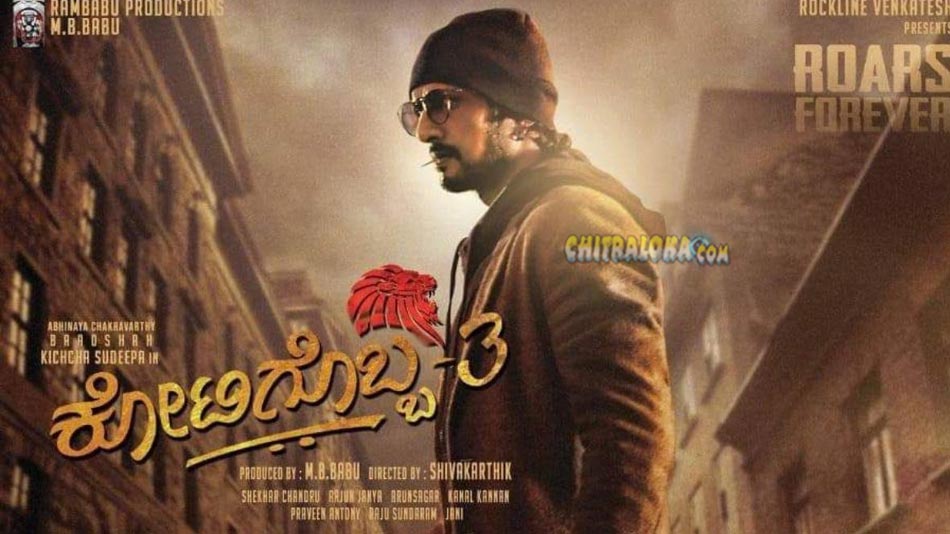 Entertainer to the core/

A perfect Dasara gift for the Kannada audience

Kotigobba 3 takes off from the high where Kotigobba 2 ended and zooms into another level of entertainment. The showcase is bigger, the fights and stunts grander, the songs more lavish and the overall canvas of the film literally stretches from Bengaluru to Poland. Sudeep encompasses this canvas end to end. And it is a treat par excellence for fans.

Kotigobba 2 ended with the fictitious Shiva dying and Sathya trapping the corrupt police ACP for the death. However the confusion over whether there is just one person impersonating another continues in K3. An Interpol team following a huge heist believes Sathya is actually a person who calls himself Ghost.

There begins a cat and mouse game of chases, intrigue, confusion and entertaining commercial masala plot churning. Sudeep hogs the limelight with various getups, not just as Sathya and the Ghost but also in a couple of other ones. One in which he dons an old man's role is surprisingly good.

A hero's commercial outing apart, K3 has more in terms of a plot. Our hero has a motive for going international and it has a very local and personal connection too. That is a surprising and dramatic bit in the second half.

In between there are comic situations galore that keep the entertainment quotient always high. P Ravishankar, Ravishankar Gowda, Tabala Nani churn out one special scene after the other.

There is special place for music in the film with chart buster songs that are placed and paced well. Pataki Poriyo early on is a brilliant dance number. The cinematography makes the film feel like an international project. The scenes at the foreign location gives K3 the feel of a lavish Hollywood action film. Every scene in the film is made on a lavish scale and you can actually see the crores of Rupees in each of them.

K3 is what a commercial film on a very big budget looks like. It has the story, charm, entertainment, drama and sentiments to cater to everyone. It is a perfect Dasara gift for the Kannada audience.