'Yuvaratna' Team Off To Gulbarga For 'Yuva Sambhrama' 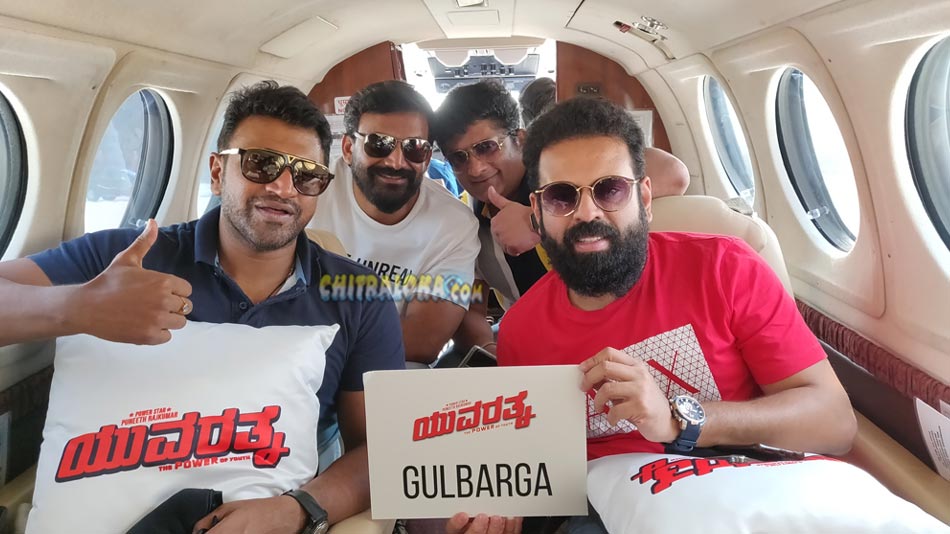 If everything had gone as expected, then the 'Yuvaratna' team had planned a pre-release event in Mysore on Saturday night (March 20th). However, the event was postponed due to various reasons and now the team will be visiting various major cities in Karnataka for three days and will be promoting the event.

'Yuvaratna' is all set to release on the first of April and the trailer of the film has already been released on Saturday afternoon. The film which talks about the privatisation of education system in India stars Puneeth Rajakumar, Prakash Rai, Dhananjay, Diganth, Sayesh Sehgal and others in prominent roles. The film is written and directed by Santhosh Anandaram, who had earlier directed 'Mr and Mrs Ramachari' and 'Rajakumara'