Jaggesh-Darshan Tussle Comes To An End 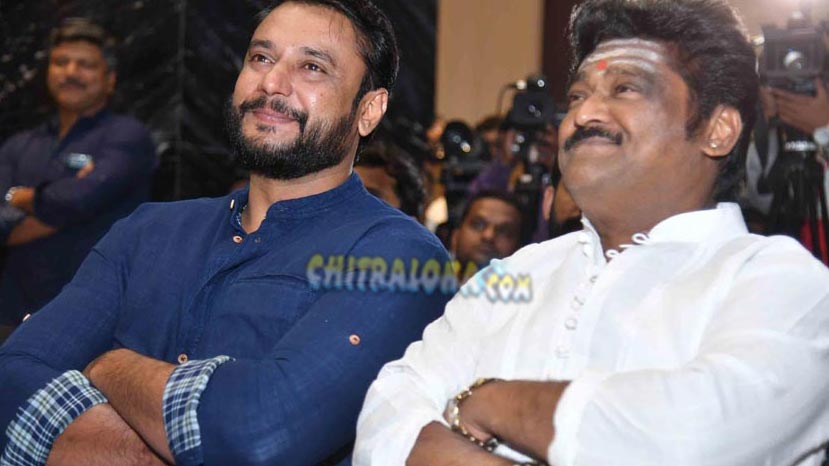 The big tussle between Jaggesh and Darshan has finally come to an end with Darshan apologising for his fans behavior and Jaggesh thanking Darshan for ending the controversy.

Darshan fans were upset with Jaggesh's telephonic conversation wherein the senior actor had talked ill about Darshan. The actor's fans recently barged into the shooting of 'Thotapuri' and confronted Jaggesh regarding the issue. Jaggesh was very much upset about the whole episode.

Finally on Wednesday, Darshan in a TV interview said that was not aware of the issue and has apologized Jaggesh for his fans behavior. Darshan has said that if he had known about the issue, then he would have definitely stopped his fans from barging into the sets.