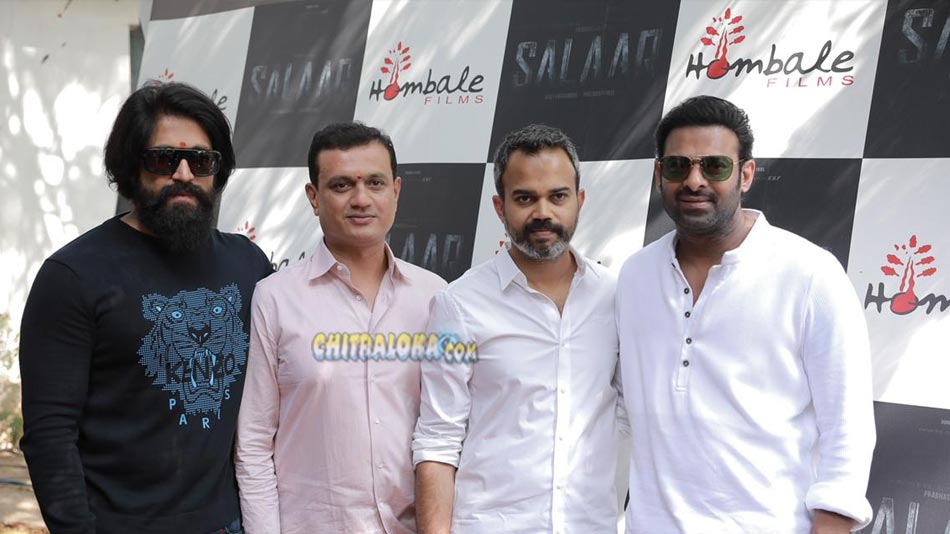 Prashanth Neel's PAN India film 'Salaar' being produced by Vijay Kiragandur of Hombale Films was launched in Hyderabad on Friday. Deputy Chief Minister Ashhwathnaryan, Yash, Prabhas and others were present during the occasion.

'Salaar' is a Telugu and will be released in other Indian languages including Kannada. The film is said to be a remake of Prashanth Neel's debut film 'Ugram'. Prashanth and Prabhas were supposed to collaborate for the film five years ago. However, the film got delayed as both of them got busy with their prior commitments. Now, the film has finally been launched with Vijay Kiragandur bankrolling the project.