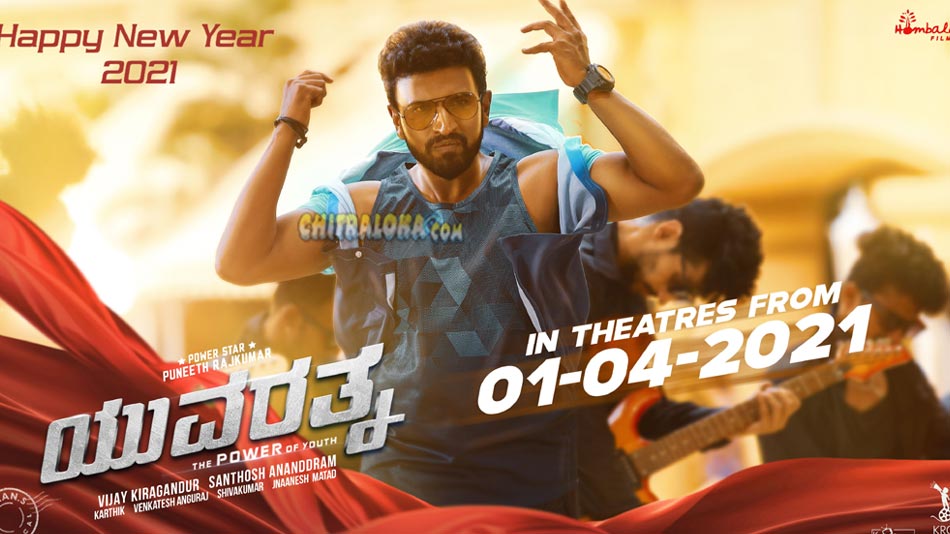 With many producers still confused over when to release their films, producer Vijay Kumar Kiragandur has taken a decision to release Puneeth Rajakumar starrer 'Yuvaratna' on the 01st of April 2021.

'Yuvaratna' was supposed to be released last year during the birthday of Dr Rajakumar. However, the release got cancelled because of the pandemic. After the lockdown, though the team completed the film, the release date was not announced as no big film in Kannada dared to take a risk as the Central Government had given only 50 percent occupancy in the theaters. With everybody fearing to release the film, Hombale Films have decided to release the film on the 01st of April.

As of now, the post-production of the film is almost complete. Recently, S S Thaman completed the background score of the film and the team is in full awe with the work of Thaman. Two songs of the film have already been released and the fans of Puneeth are looking forward to the trailer of the film, which the team is expected to release in the month of February.

'Yuvaratna' is scripted and directed by Santhosh Anandaram and produced by Vijay Kiragandoor. Sayesh Sehgal is the heroine. Prakash Rai,  Dhananjay, John Kokken, Diganth, Sonu and others play prominent roles.