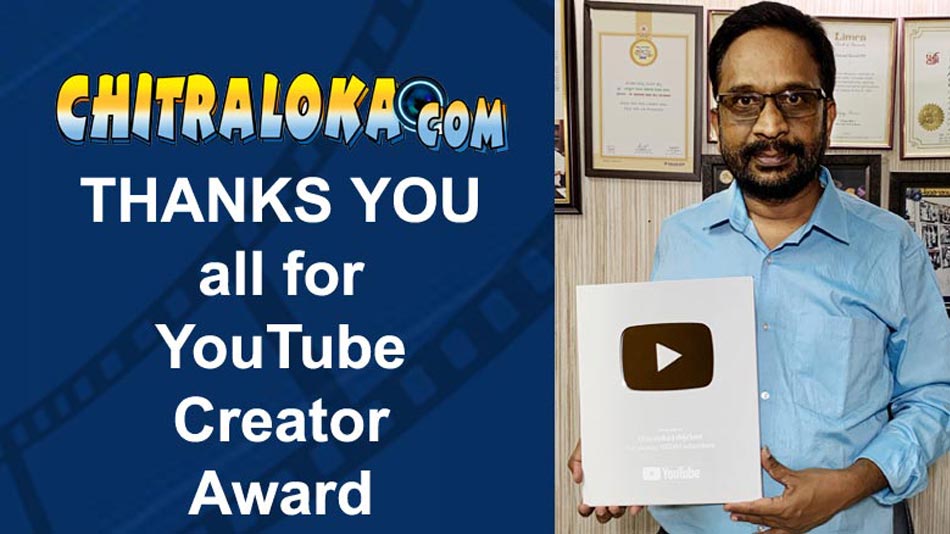 Chitraloka is proud to receive the YouTube Creator Award after crossing the one lakh subscribers mark on its YouTube channel. This milestone was crossed on October 28, 2020. YouTube has officially recognised this achievement with the Award now.

In the past few months, Chitraloka's YouTube channel has come up with some rare and exclusive content that has created a sensation in the Kannada film industry and beyond.

For the first time ever, exclusive and as-yet unheard details of Dr.Rajkumar's kidnap by Veerappan was telecast on our channel. These included interviews with people close to the late thespian who had never spoken about the issue earlier.

In coming days, the YouTube channel of Chitraloka will feature more exclusive content that will include life stories of SA Chinnegowdaru, SA Govindaraju, Dwarakish, CV Shivashankar, Sa Ra Govindu, Tennis Krishna and others.

Chitraloka.com was the first online portal for Kannada films that started 20 years ago. It pioneered the digital outreach of KFI. The YouTube channel is part of this bigger Chitraloka family. Chitraloka thanks all its readers, subscribers, partners, advertisers and well-wishers across all its platforms for being part of our success story.