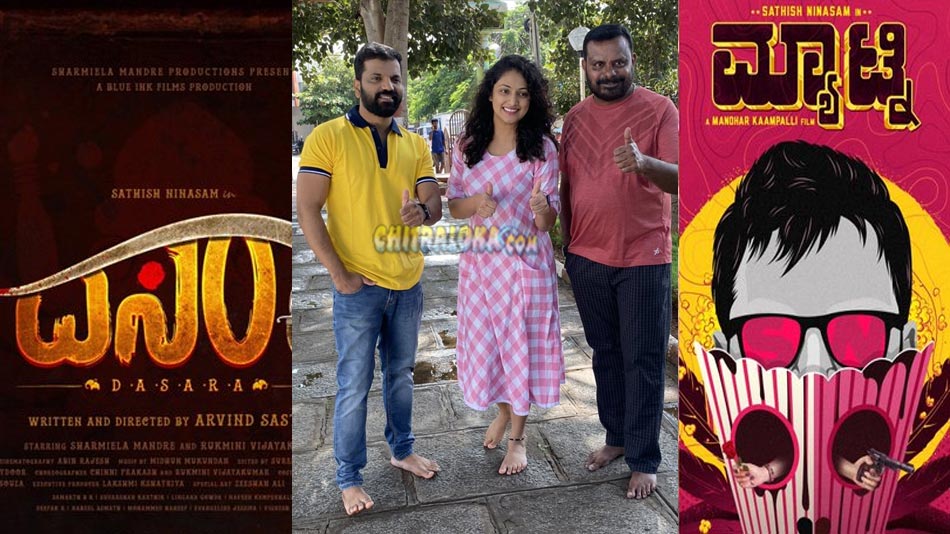 Actor-producer Satish Neenasam is a happy man these days. The reason behind his happiness is, three of his films are currently in the shooting stage.

While Satish is shooting with Haripriya for 'Petromax' in Mysore, the shooting of his other films namely 'Dasara' and 'Matinee' is currently under progress in Bangalore. Satish intends to complete his portions in 'Petromax' in the next few days and hop on to other films.

Recently, Satish shared a video about his current projects, where he is very much elated to be a part of three films which are in shooting stage. Satish says its a lifetime opportunity for any actor to have three films on floors and he is quite fortunate to be one among them.