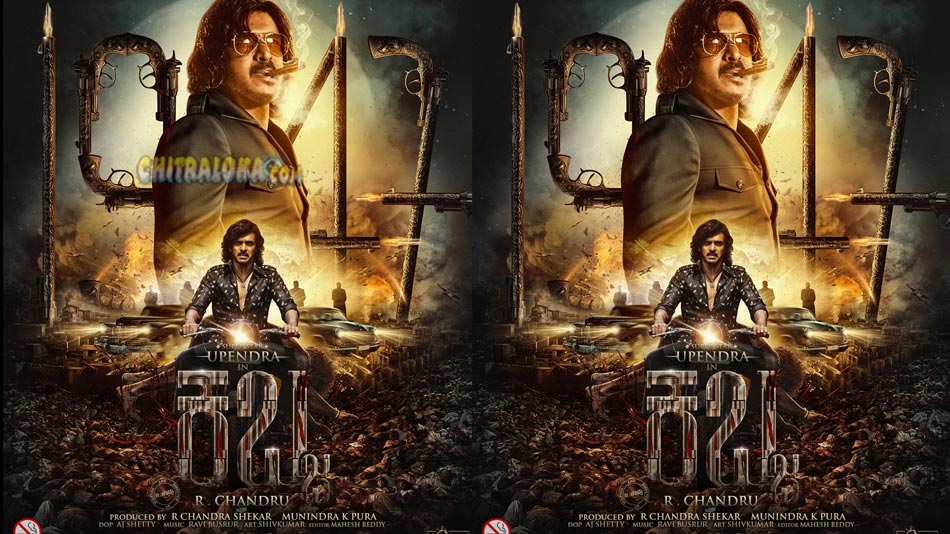 Upendra starrer 'Kabza' is in news yet again. Recently, actor Shivarajakumar had launched the official website ( www.kabzamovie.com) of 'Kabza'. Now well known director Ramgopal Verma has launched the Theme Poster of the film.

Upendra is celebrating his birthday (September 18) and director R Chandru had requested Ramgopal Verma to release the Theme Poster of the film for which RGV had given his consent. According to that, RGV not only released the poster, but also praised the team's effort in making the film.

'Kabza' is written and directed by R Chandru and this time Chandru is planning to release the film in 7 languages simultaneously. The film is being made in Kannada and will be released in Telugu, Tamil, Malayalam, Hindi, Bengali and Marathi languages.