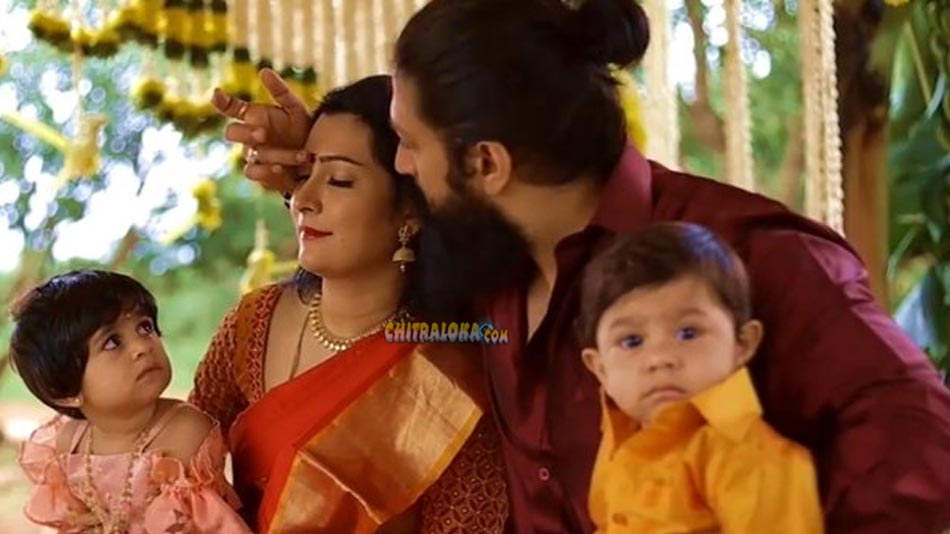 Star couple Yash and Radhika Pandit who revealed the first photo of their son had said that they will be soon announcing the name of the baby boy. Now Yash's son has been named as Yatharv Yash.

The naming ceremony Yatharv was held recently at Yash's Farmhouse, wherein a few fans and friends of the star couple were present. Amidst their presence, the baby boy was named as Yatharv. One of the highlights of the name is, it is a combination of Yash, Radhika and Aira

After the naming ceremony, the star couple shared a video through social media. There is a small song in the background which is composed by well known music director Ravi Basrur.