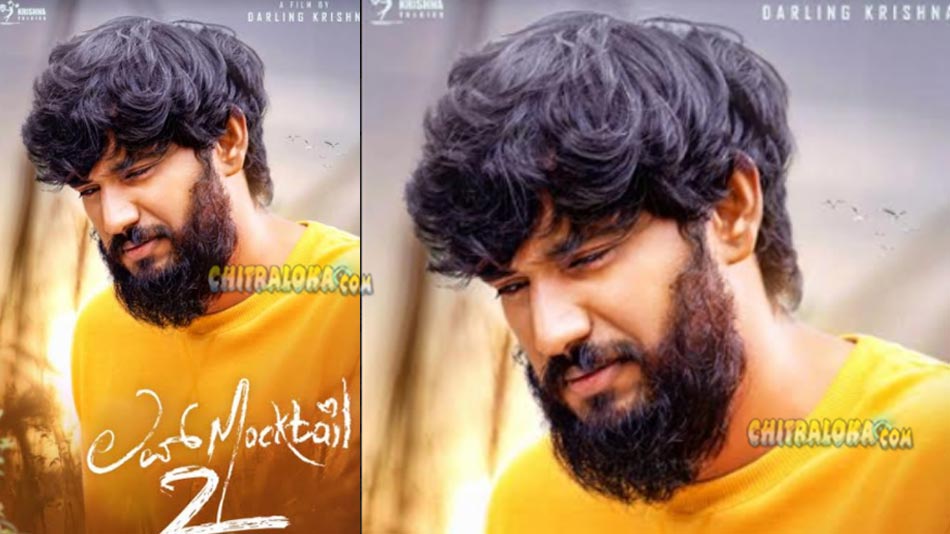 It's been two months since the script pooja of 'Love Mocktail 2' was done in Bangalore. The team has started the shooting silently and the few portions have already been shot in and around Bangalore.

Now the first look poster of 'Love Mocktail 2' has been released on Saturday on the occasion of Independence Day. Krishna is seen in a bearded look in this poster.

'Love Mocktail 2' is written jointly by Krishna and Milana. Like the previous film, the film will be jointly produced by them and both play prominent roles in the film. The technical team including cameraman Sri and music director Raghu Dixit will continue here also.