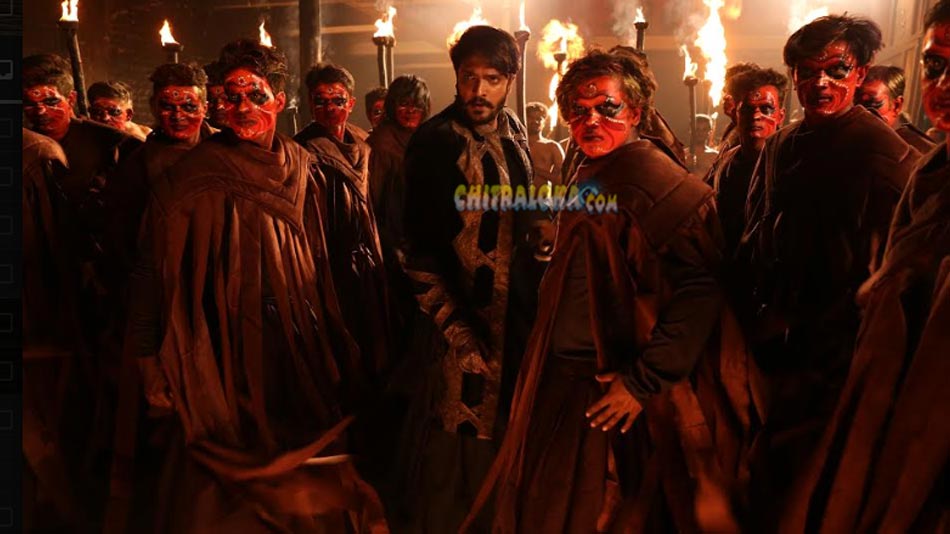 The teaser of Vasishta Simha's latest film as a hero, 'Kalachakra' was released almost a year ago by actor-director Sudeep. After that there were no updates from the film. Now the team has released a song called 'Taragele Samsara' on the occasion of Varamahalakshmi festival.

The song which has been released in the Anand Audio channel of YouTube has been getting good response, Kailash Kher has sung the song, while Gurukiran has composed it.

Vasishta Simha plays two roles which belong to two different age groups in 'Kalachakra'. 'Kalachakra' is being directed by Sumanth, who had earlier directed 'Naani'. Rashmi is the producer.