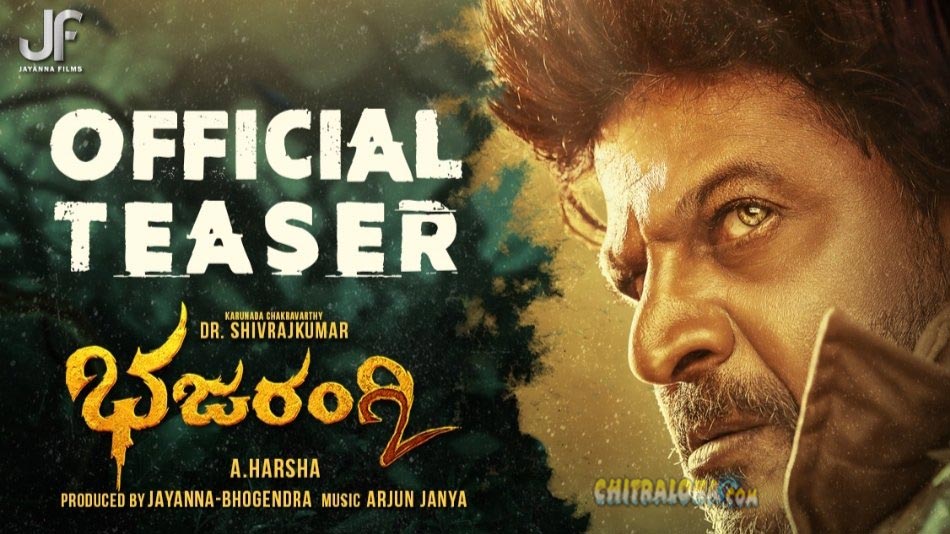 Director A Harsha had announced that the team of 'Bhajarangi 2' is all set to give a surprise gift to actor Shivarajakumar on his birthday. Now the surprise has been revealed and the team will be releasing the official teaser of the film on the 12th of July.

The official teaser will be released on the 12th of July at 11.30 AM in A2 music channel of Youtube. The team is busy with the final touches of the teaser and the teaser is expected to be final in a couple of days.

'Bhajarangi 2' is Shivarajakumar and Harsha's third film after 'Bhajarangi' and 'Vajrakaya'. The film is being produced by Jayanna and Bhogendra under the Jayanna Combines banner. Bhavana Menon is the heroine of the film.