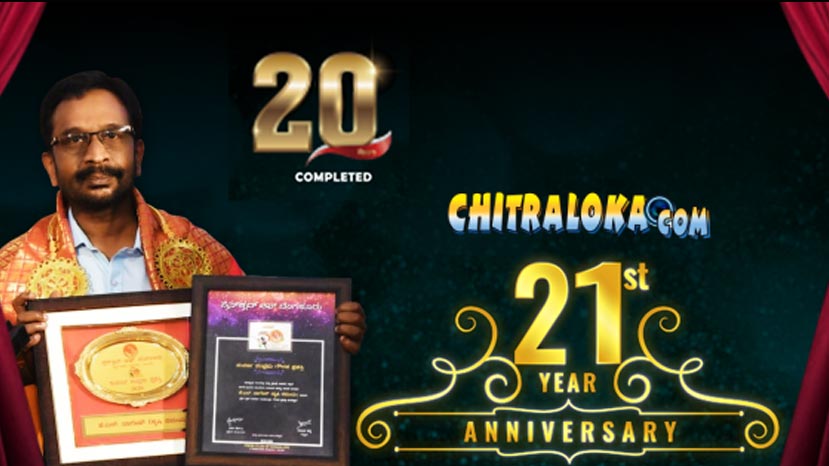 Milestones are not new for Chitraloka.com. At the turn of the millennium on June 26, 2000, Chitraloka became the first dedicated portal for Kannada films. It was the beginning of many firsts as it notched up one milestone after another, growing together with the film industry, providing Kannada film fans with authentic first-source news and supporting Kannada films with promotions and constructive criticism.

In 2000, the dot com bubble burst was all around and the Y2K problem affecting the the entire world. Kannada film audience had moved to computers and the Internet in their work but the film industry was yet to adopt this medium. Chitraloka filled this gap and for years was the only link. We are proud to be the pioneers in this field.

Chitraloka accomplished landmark feats. Early on it became the top film website in the world. It became the repository of the largest number of Kannada film photographs. During this time, it twice entered the Limca Book of Records.

Twenty years is a long long time in the online world to become redundant. Chitraloka has however maintained its premier position in online Kannada films by constantly innovating. Starting with providing breaking news for Kannada films the first time to satisfying the audience's need for more information about movies, stars, their lives and lifestyles, film reviews and more, Chitraloka has always stayed ahead of the rest. We began to additionally start providing news on social media platforms apart from the main Website. The motto has always been to be available for audience anywhere they wanted information.

On every occasion that the film industry needed us, we were there. Be it the Amrutha Mahotsava or our personal tribute to Ambareesh with the Ambi Bimba photo exhibition, Chitraloka was at the forefront.

At this momentous moment where we complete a satisfying 20 years and turn 21, we at Chitraloka thank all our esteemed readers, patrons, members of the Kannada film industry, the various organisations of the industry including KFCC, KFPC, Kanfida, Workers Federation, advertisers, friends and admirers from the bottom of our hearts.