'Girikathe' Team In Search Of A New Heroine 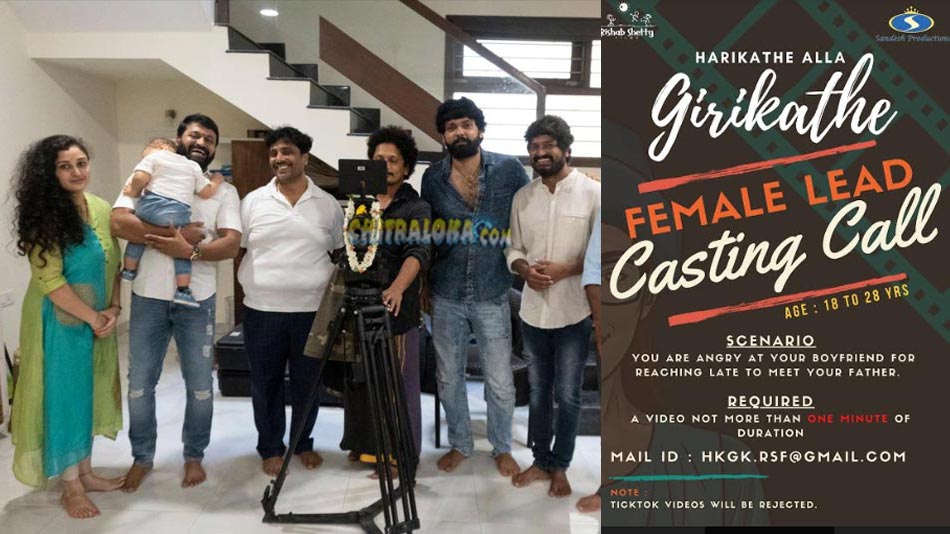 Girikasthe Team In Search Of A New Heroine

Rishab's new film 'Harikathe Alla Girikathe' was launched recently in Bangalore. The shooting will officially start after the Government gives permission to shoot new films. Meanwhile, the team is all set to audition a new heroine for the film.

'Harikathe Alla Girikathe' marks the debut of a new heroine to Sandalwood and the team is all set to audition a new heroine opposite Rishab Shetty. The team is in search of a new female lead aged between 18 to 28 years. The team has asked to send a one minute video to all the enthusiasts and has also explained a situation, where in the female lead is upset with her boyfriend for reaching late to meet her father. The videos must be sent to This email address is being protected from spambots. You need JavaScript enabled to view it..

'Harikathe Alla Girikathe' is jointly produced by Sandesh Productions and Rishab Shetty Films. The film is written and directed by actor Giri Krishna. Giri had acted in a small role in 'Kirik Party'. The film marks the debut of Giri as a director.