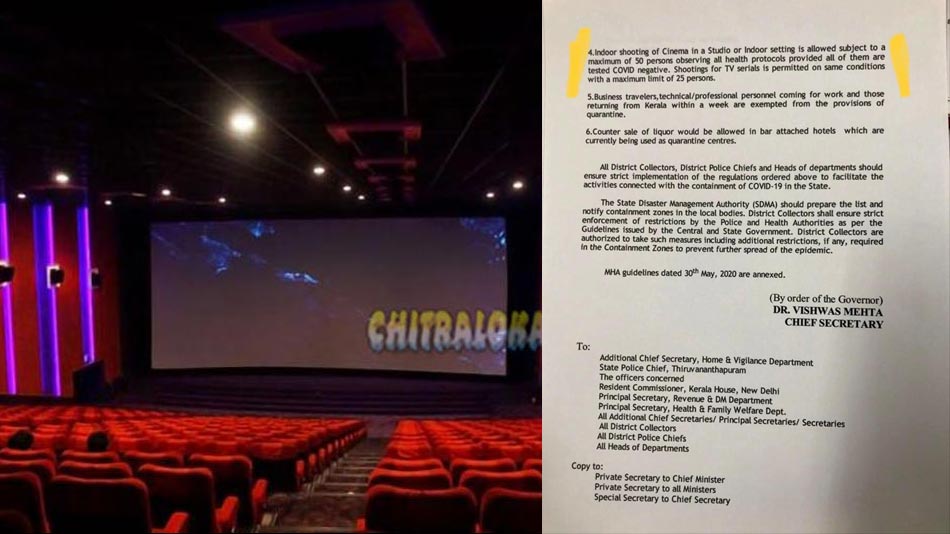 The Kerala State Government on Wednesday, has ordered allowing the shooting of cinema by imposing certain conditions. The main condition being that the shooting is allowed only in a studio or an indoor setting subjected to a maximum of 50 persons observing all health protocols and most importantly that they are tested COVID 19.

Meanwhile, the government has also made it clear that the shooting of TV serials are also allowed on the same lines but subjected to a maximum of 25 persons.

Recently, West Bengal too had issued a notification allowing shootings of TV serials, web series and cinema from June 1 subjected to a maximum of 35 people.

With film shooting being allowed in other States, the Kannada film industry is hopeful that the State Government will take a decision on their recent pleas to allow cinema shooting since Sandalwood has suffered huge loss post Coronovirus pandemic