Big B Support To Film Workers on Labours Day 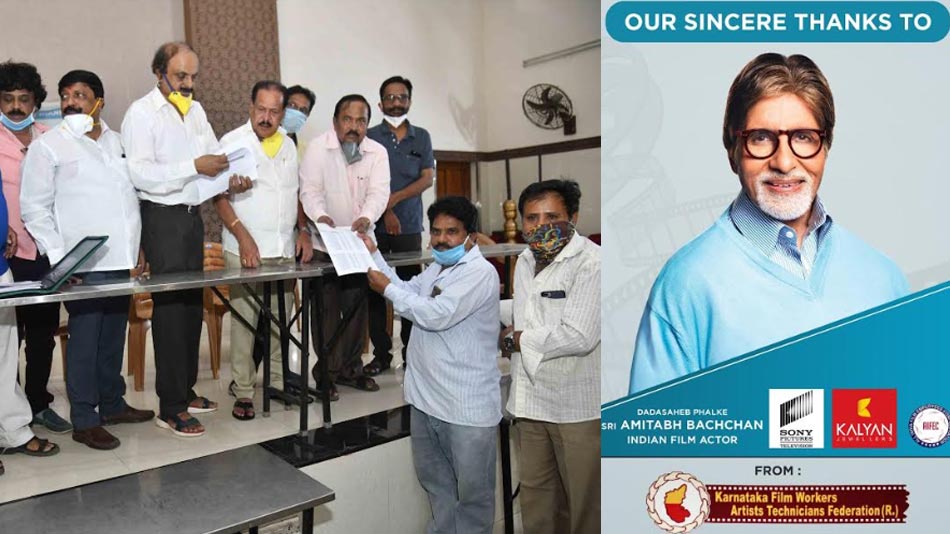 Bollywood star actor Amitabh Bachchan and others associated with Kalyan Jewellers have come to the rescue of film workers in the country by distributing coupons to at least 50,000 of them. In Karnataka alone, 3,000 film workers have been identified, who will be benefiting with it.

The coupon worth Rs 1,500 each to at least 3000 were distributed through the heads of various wings of the Okkuta on the occasion of Labours Day in the presence of KFCC president Mr. Jairaj, former president Mr. Sa Ra Govindu, All India Film Workers Association Treasurer and also secretary of Okkutta Raveendra, Producer Association President D K Ramakrishna (Praveen Kumar), Vice President of Okkuta Ravishankar, KFCC Secretary NM Suresh, A Ganesh along with Chitraloka editor K M Veeresh.

While the All India film workers had initiated the process to help the film workers across the country, it was Mr Ravishankar who approached several organisations including Infosys Foundation to extend their support to Kannada film workers.