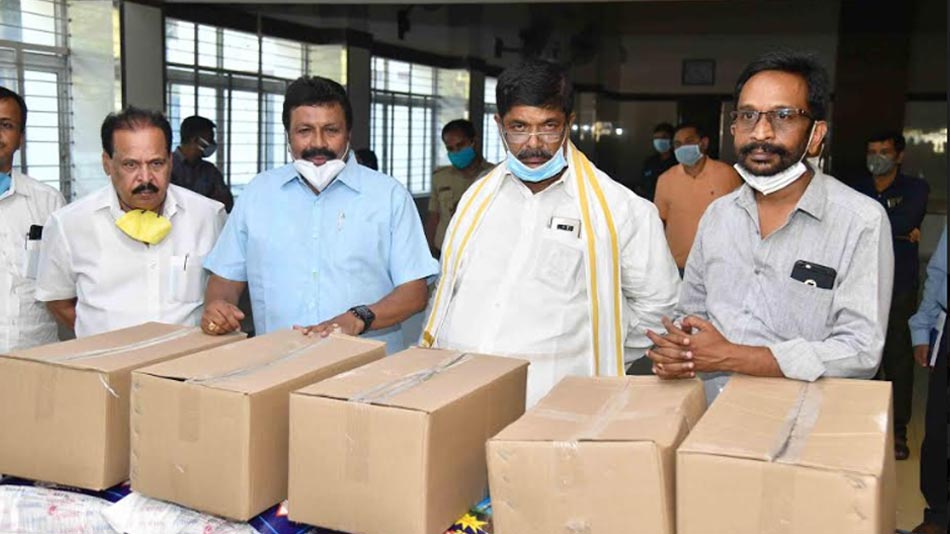 Agriculture Minister BC Patil who is also a popular actor in the Kannada film industry and Food and Civil Supplies Minister Gopalaiah have provided ration kits for media persons covering Kannada films. On Tuesday, the two ministers personally came to hand over the kits to those working in the media. Former president of Karnataka Film Chamber of Commerce, Sa Ra Govindu was present. 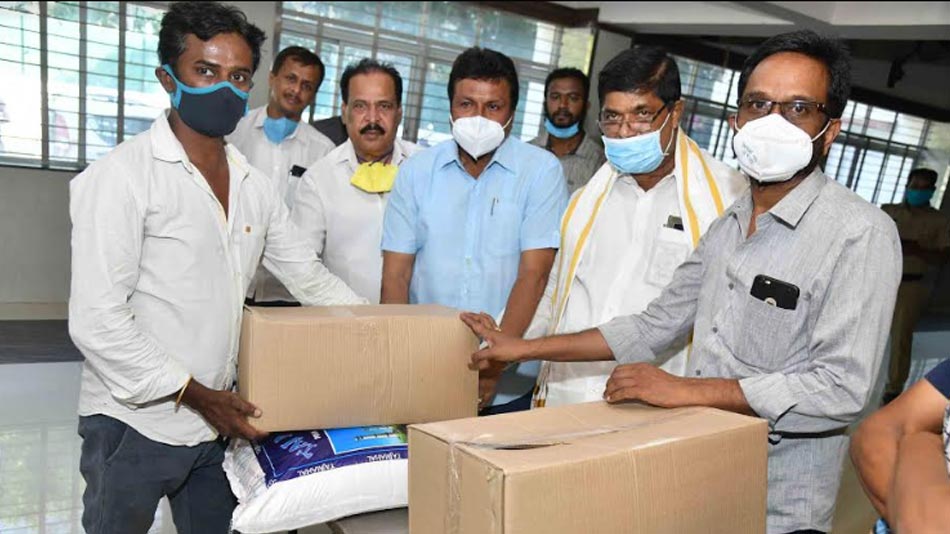 Gopalaiah said that the suggestion was made by BC Patil in the Cabinet meeting on Monday and he agreed upon. He said that people across all sections in the society are facing difficult times and it was the responsibility of the government to help them all. The proposal to help those in need in the film media was proposed by Sa Ra Govindu and KM Veeresh, he recalled. BC Patil said that there were requests to provide ration kits to 89 people and all of them are being provided with the kits.

BC Patil said that he responded to the request made by KM Veeresh who pointed out to him about the difficulties faced by film PROs, photographers, journalists and others who have had no work for over a month now.

He thanked Gopalaiah and said, "I requested him to give some support from the government. He said not to worry about where it came from. To prevent any delay, he is providing all this from his own pocket. 25 kilograms of rice, 5 kilos of sugar and wheat, oil and other food ration are part of this kit. My sincere thanks to Gopalaiah on behalf of the film industry," he said.

Sa Ra Govindu and KM Veeresh thanked the ministers on behalf of the film media workers and journalists.