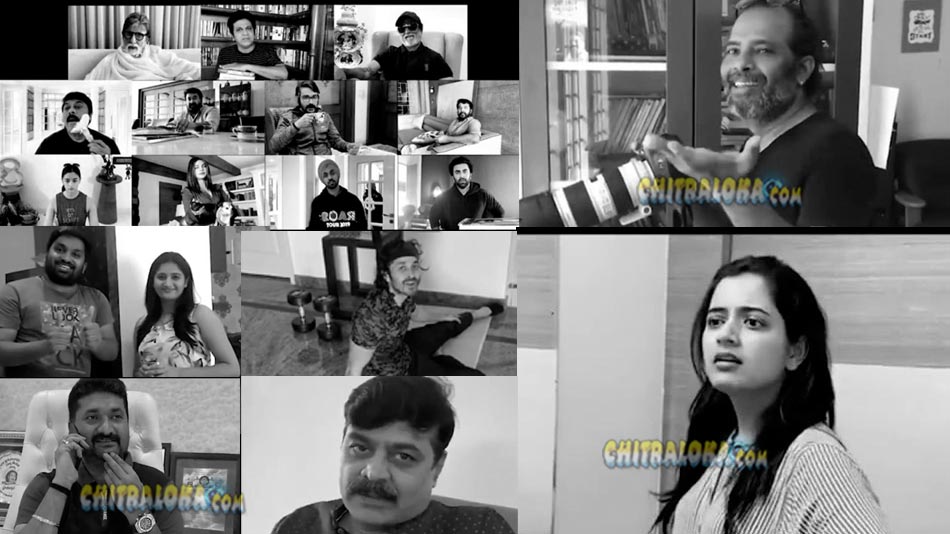 Where is My new climax shot by Raymo Movie Team

With the entire nation under lockdown to fight coronavirus, social distancing by staying at home along with health safeties are now the number one priority of every citizen. However, the downtrodden section who depend on daily wage employment are facing the heat due to these difficult times.

Of the many such sectors, the entertainment industry especially Indian film industry accounts to one of the largest employees who work on a daily wage basis. With complete shutdown of the industry, the workers are on the verge of extreme hardship without even bare minimum facilities for survival.

Aimed at helping such workers, Bollywood legend Amitabh Bachchan, Superstar Rajinikanth, our own Karunada Chakravarthy Shivarajkumar, Chiranjeevi, Mammootty, Ranbir Kapoor, Alia Bhat, Mohanlal, Diljit and others featured in a unique short movie made at home titled 'Family'. It was directed virtually by Indian's prominent ad filmmaker Prasoon Pandey. Along with the message to stay safe and to stay home that these difficult times will pass too, the short film is to raise funds for the film workers.

The unique and impressive short film inspired Kannada filmmaker Pavan Wadeyar to make a similar short film but with a twist, titled 'Where Is My New Climax'. The short film stars the entire Raymo Team including the Producer Raymo, it's technical team and actors. The director is seen searching for the script of his new climax scene which seems to have been lost.

The message is clear, as the Indian film industry is one big family. We all are here to help each other in these testing times. Stay at home and stay safe.