Psychological impact and tips to cope with social distancing, quarantine and isolation - Part 2 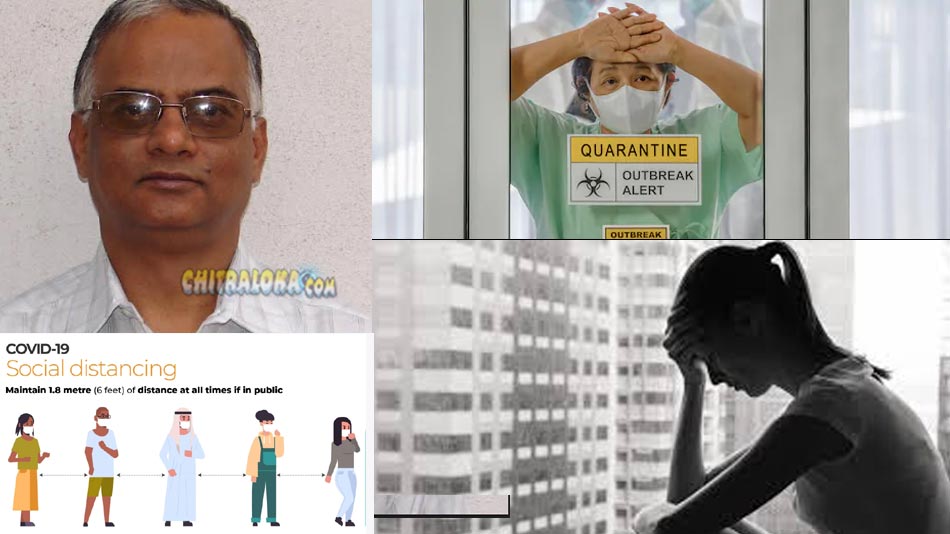 The novel Corona virus pandemic as declared by the World Health Organisation (WHO) has brought to the forefront a number of challenges in all aspects of life for the entire human race. Many of these challenges include identification of persons with the disease as well as managing it and its complications. Equally important is the prevention of the spread of this highly virulent disease to others in the community.

The pathway of spread is from case (index individual who is suffering from the illness and spreading it to others) to a cluster (group of individuals contracting the disease by spread) to the community (which could be a locality, city, state) to the whole country. The present opinion of specialists in the field indicate that the disease is now in stage of cluster, while some specialists opine the spread is now at the community level. One public health strategy to prevent the spread of the disease is by consciously reducing the contact between people to limit the spread of the virus and consequently infectious diseases including COVID – 19 (Corona Virus Disease – 19).

Quarantine, Isolation and Social distancing are such methods. Quarantine is the separation and restriction of movement of people who have been potentially exposed to a contagious disease to ascertain if they become unwell, so reducing the risk of them infecting others. Isolation is the separation of people who have been diagnosed with a contagious disease from people who are not sick. However, when one does not know who in their vicinity or community is ill and spreading the illness, or who has been potentially exposed, keeping a safe distance from others is a safe strategy to be followed by healthy individuals. Therefore, social distancing should be observed by all, to reduce the spread of the disease.

People should remain home and should avoid public places as the infection spreads from one person to another. One should maintain distance to stay at least one meter away from other people when outdoors. This is what has been operational in our country and to be implemented for the next 3 weeks. While this is a safe preventive strategy to avoid getting the disease, the procedure is not without any adverse consequences. Predominant among these are psychological consequences as this strategy goes against the core trait of humans, namely socialization.

Both isolation and quarantine involve total isolation from other individuals of the family, either in a room within the house, or in facilities meant for such persons. Due to near total seclusion and loneliness there is increase in both the occurrence as well as the severity of the psychological symptoms. More than half of persons in isolation or quarantine report low mood and irritability. Less frequently, about a fifth of persons describe fear, nervousness, sadness, and sometimes guilt. Some suffer from confusion, anger, numbness and sleeplessness.

Post-traumatic stress disorder (PTSD), a mental illness triggered by a undergoing this severe stressful experience may also be a consequence, with symptoms like flashbacks, nightmares and severe anxiety, as well as uncontrollable thoughts about the experience. Surprisingly some experience positive feelings such as happiness, hope and feelings of relief. These were seen even in those who survived the 9/11 attack in the US, and speaks about humans being able to be optimistic and positive, perceiving encouraging outcomes.. To Be Continued...