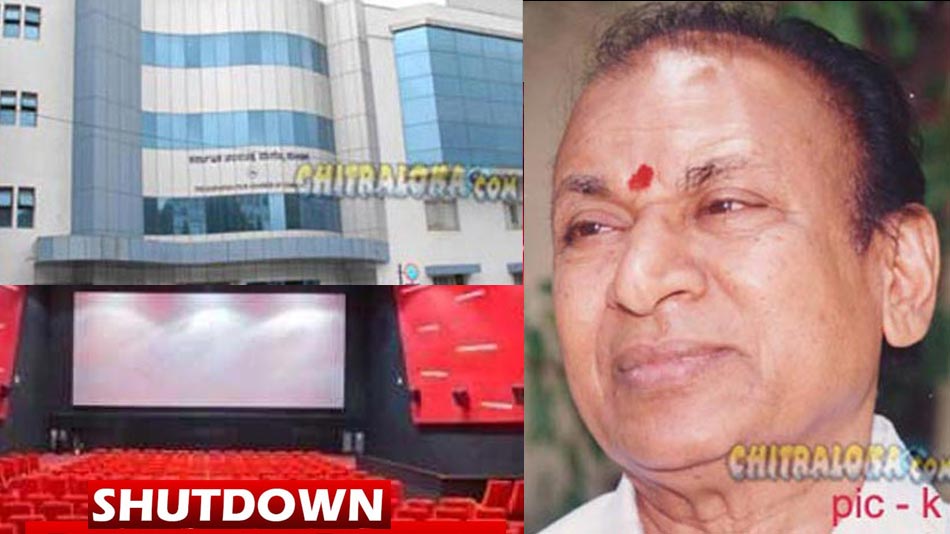 The last time Kannada film industry remained closed for the longest period was during the kidnap of matinee idol Dr. Rajkumar. However, it was a self imposed ban to stop all kinds of film related activities until Rajkumar came back safe after spending 108 days under the clutches of slain forest brigand Veerappan.

Prior to it, the film industry had never remained non-functional including the screening of films in cinemas halls and theatres for a longer period on its own or through the directions by an authority concerned.

Chief Minister B Yeddyurappa announcing that malls, cinema halls, theaters, pubs and much more to remain temporarily shut for a period of one week due to Coronavirus outbreak from tomorrow is the longest for Kannada film industry after Dr Rajkumar's kidnap. But, this one comes from the direction of State Government, a first for Sandalwood.

At the most, the industry had remained closed for a day or two during protests such Cauvery issue and so on as a precautionary measure but this time for the first time, the State Government has directed to stop all kinds of film related activities for a period of one week as preventive measures due to an outbreak of a deadly virus - COVID-19 (Coronavirus disease).

The government's move comes in wake of steps being taken in terms of precautionary measures and to contain the spread of the deadly virus which has affected several including the first ever death reported from Kalburgi.

According to film pundits, the self imposed lock down during the kidnap of Dr. Rajkumar had caused a loss of at least Rs 200 crore back then but the industry leaped back to its feet with a bunch of films doing great business in the box office. They also predict that the latest one week's shutdown could hamper the business of the industry and the loss could only be estimated when the reports fall in after a month.

Even the film exhibitors association has issued a circular to all film exhibitors across the state to remain shut for a week following the orders of the State Government, for the greater good of the citizens.