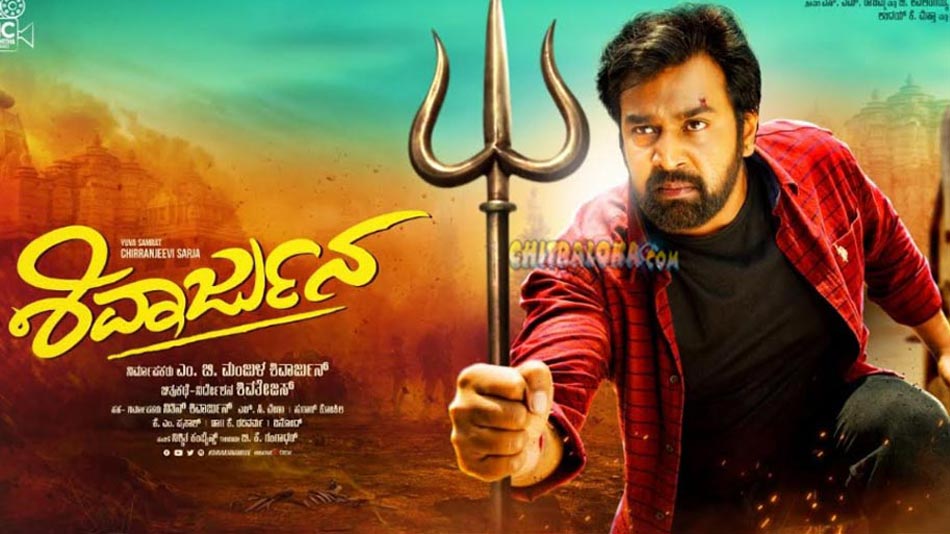 Yuva Samrat Chiranjeevi Sarja who is set to hit an hat-trick with Shivarjuna after Khaki and Aadya,  returns for his third release in 2020.

Directed by Shiva Tejas of the fame of Male, Dhairyam and Loud Speaker, the film is an out and out entertainer with huge line of star cast from the Tara including a host of comedians from Sadhu Kokila, Shivraj K R Pete and Nayana in it.

"Despite being high on action, Shivarjuna is a paisa vasool commercial entertainment, which is tailor made for all kinds of audiences," Chiranjeevi said while Amrutha Iyengar, the lead actress shares that her role is that of a bold one.

The songs composed by Surag Kokila, son of Sadhu Kokila has been trending since the release of two songs including the one sung by the actress and wife of Chiranjeevi Sarja, Meghana Raj. Yogaraj Bhat, Kaviraj and Nagendra Prasad has penned the songs for the movie, which is hitting the screens from March 12.