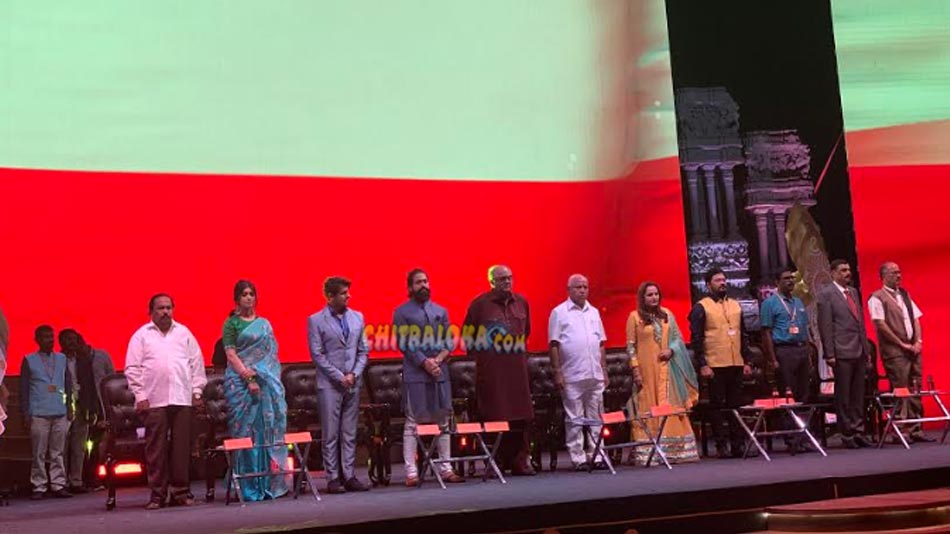 Actress Aditi Prabhudeva and other lighted the lamp.

CM Yediyurappa in his speech told this festival was started when he was the Chief Minister and government has always supported the film industry and will continue to do and told to make good movies.

Information department Siddaramappa and Manivannan were also present on the dias