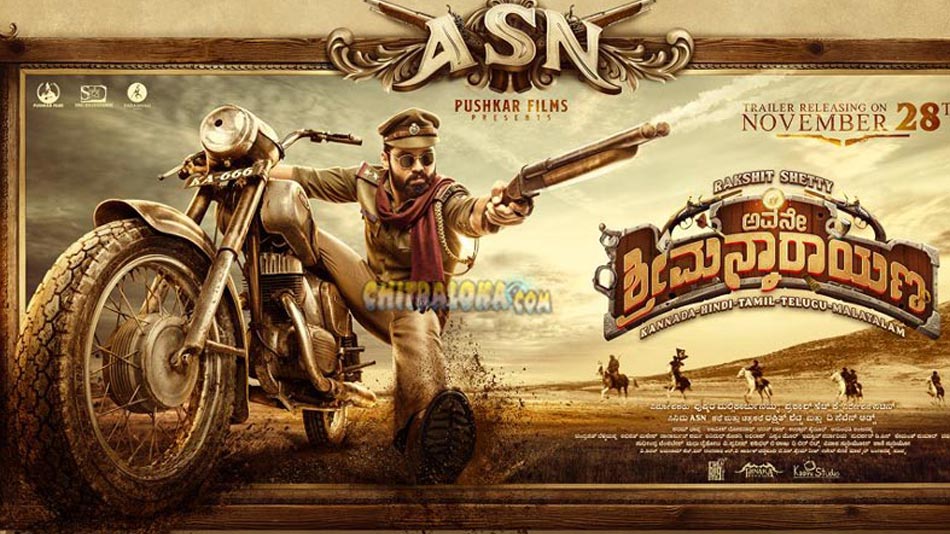 With more than two years in the making, and one of the most expensive projects in Kannada - Avane Srimannarayana, produced by Pushkar Mallikarjunaiah under his banner Pushkar Films is inching towards a grand release in December.

Made in five languages, Kannada, Hindi, Tamil, Telugu and Malayalam, Avane Srimannarayana has raised a lot of expectations in the industry after the pan-India success of KGF, Kurukshetra and Pailwaan.

With little over a month left for its release, the team is ready with the trailer, which is releasing in all five languages on November 28.

Recently, the team had been to Macedonia in Greece for the recording of live orchestra involving at least 200 musicians who have performed for the composition of Ajaneesh Lokanath.

The countdown has begun for Avane Srimannarayana starring Rakshit Shetty and the pretty Shanvi Srivastava in the lead.