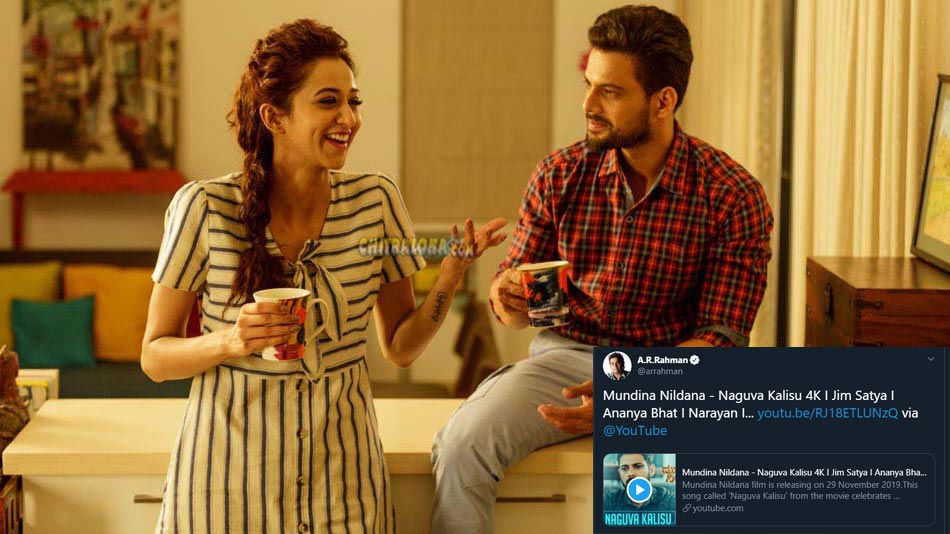 Look who has tweeted promoting the Kananda song 'Naguva Kalisu' composed by Jim Satya for the movie Mundina Nildana directed by Vinay Bharadwaj.

Rahman has scored for two Kannada movies - Sajini and Godfather. He had also worked as a music arranger in Bengaluru before becoming an independent composer. He has even worked with a couple of Kannada composers too including Hamsalekha and Vijaya Anand.

The movie 'Mundina Nildana' which has raised a lot of expectations, is releasing worldwide on November 29. It features Praveen Tej of Choorikatte fame and Radhika Narayan of Rangitaranga fame along with Ananya Kashyap and others in the lead.