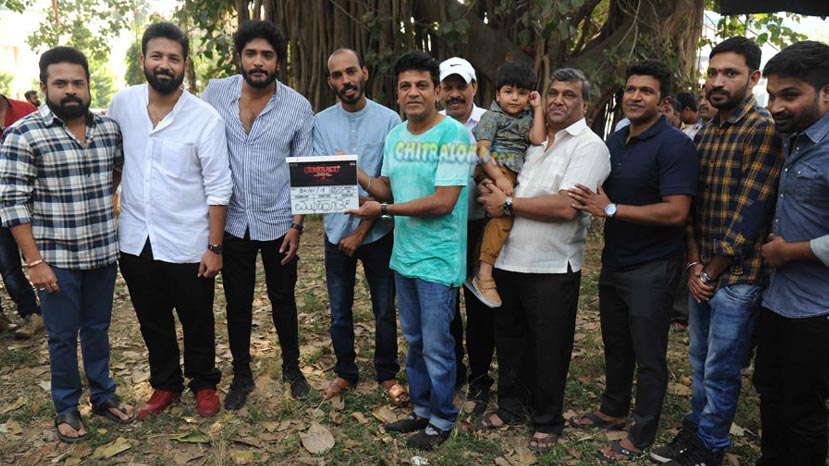 The shooting of Puneeth Rajakumar's second film as a producer, 'Maya Bazaar 2016' is complete and the teaser is all set to be released on November 15th.

The teaser of the film will be launched by Puneeth himself a Karnataka Sangha in Qatar. Puneeth will be in Qatar on November 15th to attend the Rajyotsava function in Qatar. He will be releasing the teaser in the same function.

'Maya Bazaar 2016' is written and directed by debutante Radhakrishna and produced by Ashwini Puneeth Rajakumar and M Govindu jointly. The film stars Vasishta Simha, Raj B Shetty, Prakash Rai, Achyuth Kumar, Sadhu Kokila and others. Mithun Mukundan is the music director, while Abhishek Kasaragod is the cameraman.