Darshan to release the audio and trailer of 'Damayanthi' 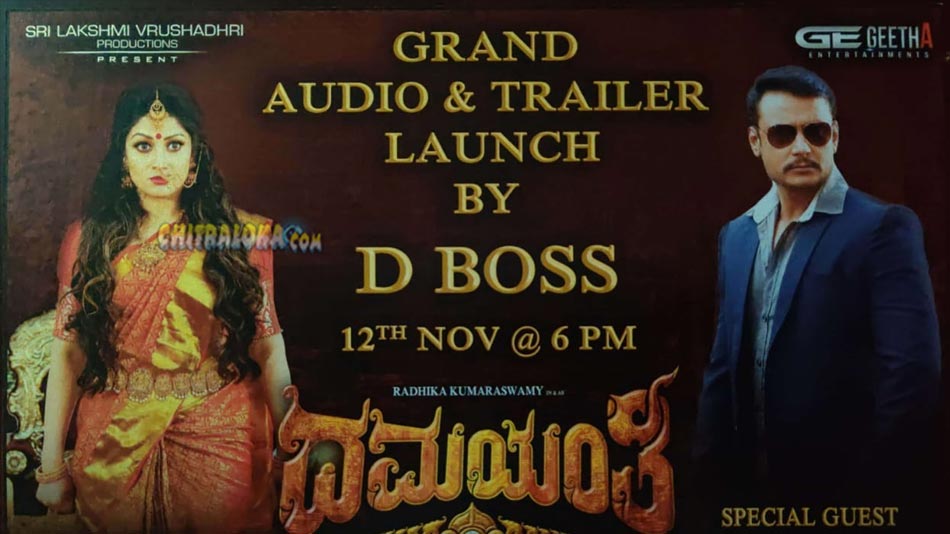 Actress Radhika Kumaraswamy is celebrating her birthday today and the trailer and audio of her forthcoming film 'Damayanthi' is all set to be released by 'Challenging Star' Darshan tomorrow at 6 PM.

Earlier, the teaser of the film was released on the 18th of September and now the trailer, as well as the songs of the film is set to be launched by Darshan. Radhika and Darshan had acted as a pair in 'Mandya' and 'Anantharu'. After a 10 year gap, the two will be sharing the stage together for the first time.

'Damayanthi' is an horror-thriller with Radhika having three different shades for her role. Actor-distributor Navarasan is the writer, producer and director. P K P K H Doss is the cameraman, while Ganesh Narayan is the music director.