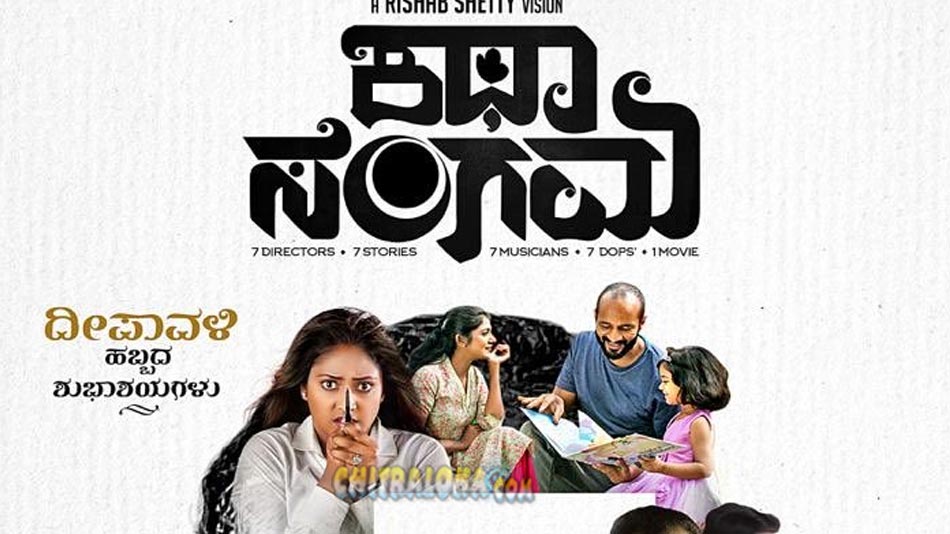 The new 'Katha Sangama' is an Anthology film which has seven different stories. Each story is directed by a different directors and the film boasts of seven directors and same number of music directors, cinematographers and editors working for the film.

The film stars Rishab Shetty, Haripriya and others in prominent roles. The film si jointly produced by Rishab Shetty, H K Prakash and Pradeep N R, while the films are directed by Kiran Raj, Shashikumar, Chandrajith Belliappa and other