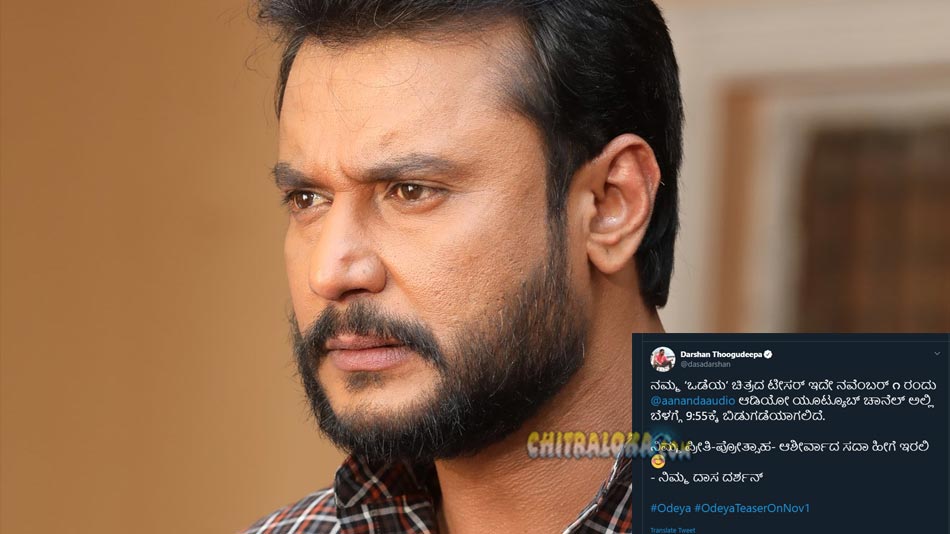 The shooting for Darshan starrer 'Odeya' was recently completed in Switzerland. Now the first teaser of the film is all set to be released on the 01st of November.

The team 'Odeya' has announced that the first teaser of the film will be released on the Rajyotsava day at 9.55 AM. The teaser will be officially released in the Anand Audio channel of You Tube.

'Odeya' stars Darshan, Raghavi Thimmaiah, Yadhas Surya, Pankaj, Niranjan and others. The film is directed by M D Sridhar and produced by Sandesh Nagaraj. A V Krishna Kumar is the cinematographer, while Arjun Janya is composing the music, while V Harikrishna is in charge of the background music