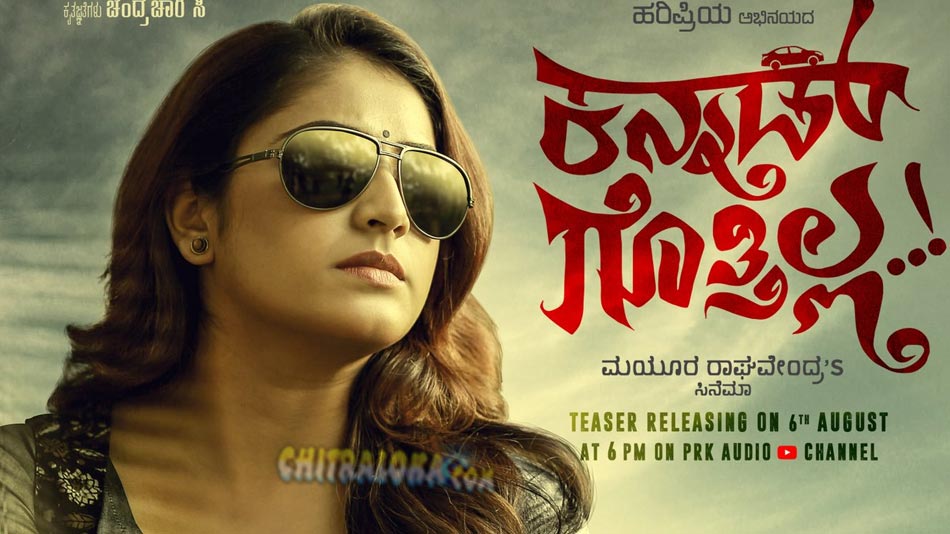 Haripriya starrer 'Kannad Gottilla' being directed by Radio Jockey Mayur Raghavendra is all set to hit the screens on the 15th of November. Meanwhile, the trailer of the film is all set to release on the 26th of October at the PRK Channel in You Tube.

Actress Haripriya who was seen in a cop's role in 'Daughter of Parvathamma' will be sporting police uniform in her new film 'Kannad Gottilla'. Haripriya plays an investigating officer in this film.  Apart from Haripriya, Sudharani, Pavan, Dharmanna and others play prominent roles in the film.

'Kannad Gottilla' is being written and directed by Mayur Raghavendra. Kumara Kanteerava is the producer. Well known music composer Giridhan Diwan is the cinematographer, while singer Nakul Abhayankar has turned music composer with this film