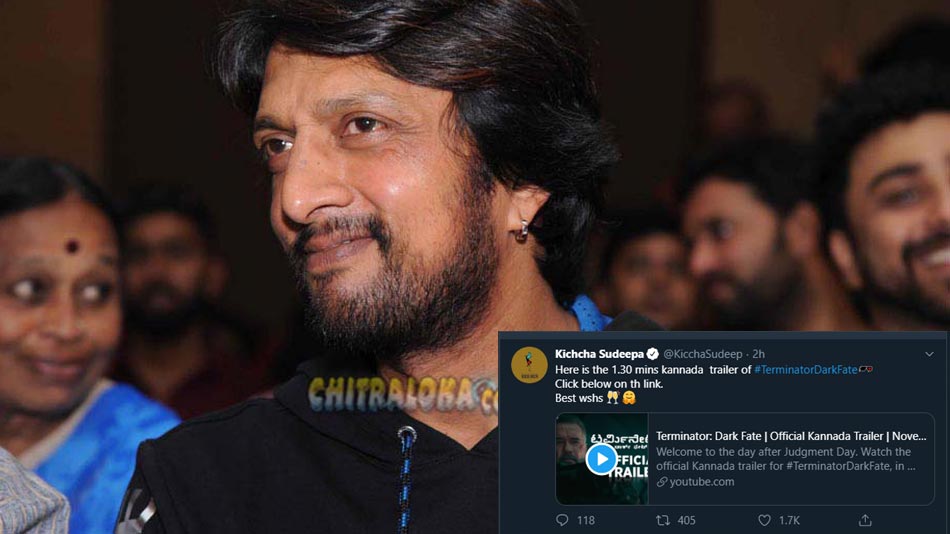 Look who is a die hard fan of Hollywood star actor Arnold Schwarzenegger! It's namma very own Abhinaya Chakravarthy Kichcha Sudeepa. As a fan, the Kichcha says he has grown up watching all his movies including the most popular movie franchise from Arnold - Terminator.

"The moment we all hear 'Terminator', it reminds us about our childhood days. I have been a great fan of the movie franchise and Arnold Schwarzenegger. Now, it gives me immense pleasure in launching the Kannada trailer of the latest franchise - Terminator, Dark Fate," says Kichcha Sudeepa.