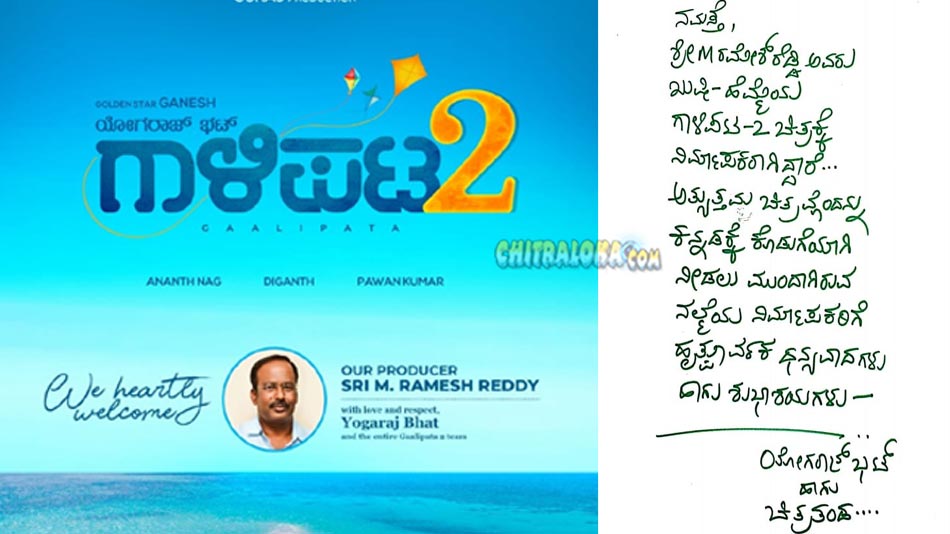 Yogaraj Bhatt's new directorial 'Galipata 2' is in the news right from the start. First Sharan and Rishi were supposed to play the leads in the film. However, Ganesh and Diganth replaced them due to various reasons. Now the producer is changed and well known producer Ramesh Reddy has taken over the film.

'Gaalipata 2' stars Ganesh, Diganth, 'Lucia' Pavan, Ananth Nag, Rangayana Raghu and others in prominent roles. Earlier, it was said that Aditi Prabhudeva and Sonal Montero might act in the film. Now there is a news that the heroines may be changed and more details are yet awaited.

The film is likely to go on floors soon.