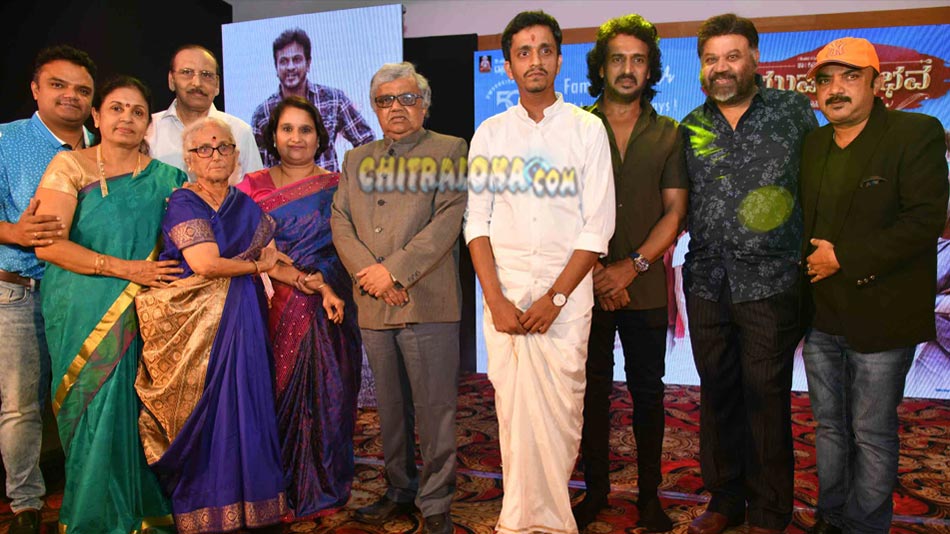 Shivarajakumar starrer 'Ayushmanbhava' is all set to release on the 1st of November. Meanwhile, the songs of the film was released on Saturday at the Hotel Ashok in Bangalore.

Ravichandran and Upendra had come as the chief guests and released the songs of the film. This is Gurukiran's 100th film as music composer and DGK Audio has brought the audio rights of the film.

'Ayushmanbhava' stars Shivarajakumar, Rachita Ram, Nidhi Subbaiah, Ananth Nag, Prabhu, Avinash, Suhasini and others in prominent roles. The film is being produced by Dwarkish under Dwarkish Chitra. This is his 52nd film as a producer. P K H Das is the camerman