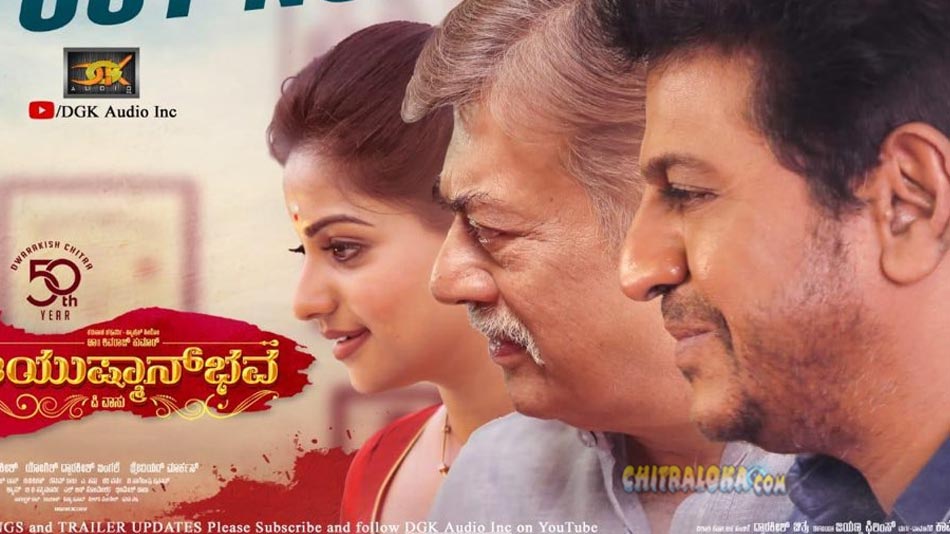 Dwarakish Chitra, which started with its first ever venture 'Mayor Muthanna' in the year 1969 is celebrating its grand 50th year, and it continues to enthrall the Kannada audience as it is set for one more exciting venture - Ayushmanbhava, releasing on November 1.

In 'Mayor Muthanna', it was the legendary Dr. Rajkumar and on turning 50, the prestigious production house turns to none other than Karunada Chakravarthy Dr. Shivarajkumar, son of the legendary actor. The official teaser of the film which is out now is trending on top on social media, and promises to be another sure shot hit for the Century Star.

Director P Vasu seems to have raised the bars with some extra action and suspense in Ayushmanbhava along with some brilliant visual effects for an edge of the seat experience.

With less than a month for the release, Ayushmanbhava is certainly roaring to hit the screens.