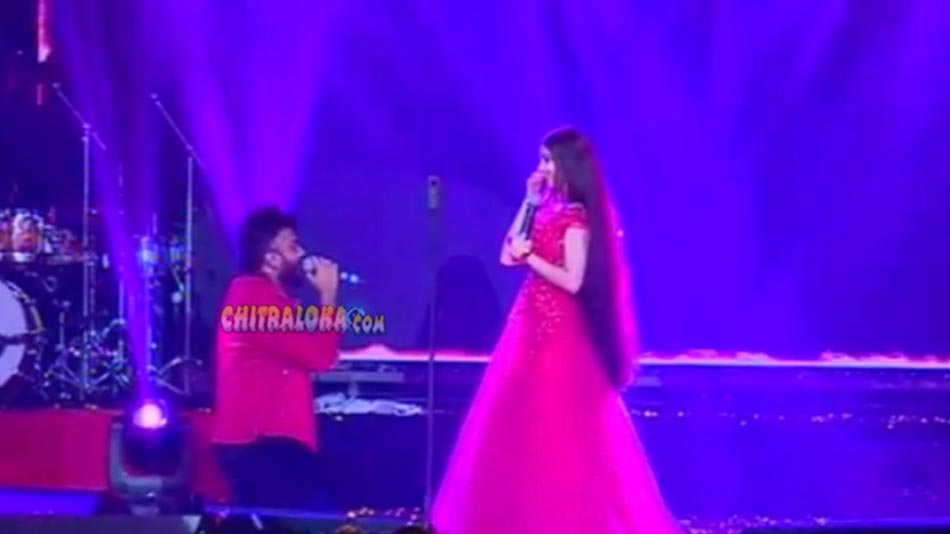 Popular Kannada rapper and composer Chandan Shetty lands in trouble for proposing to his girlfriend Nivedita Gowda on the stage at Yuva Dasara event in Mysuru, which is organised by State Government.

Alleging misuse of the public event organised by the government, a couple of complaints has been registered, one with the Mysuru police and another in Bengaluru. The complaints allege that the singer and composer Chandan Shetty misused the Mysuru Yuva Dasara stage on October 4 by proposing his girlfriend Nivedita Gowda and thereafter announcing his engagement with an exchange of rings, in front of the audience. The event was also attended by several dignitaries, invitees and government officials

Another complaint filed before Bengaluru police, which seeks action against Chandan Shetty for hurting the feelings of Hindu religion, its culture and customs along with the tradition of Karnataka, at an event which has been held as a part of world famous Dasara festival, which has a rich history for over a hundred years.

It further adds that the singer misused the state's machinery and the resources for personal gain and publicity apart from hurting the religious and cultural sentiments. The ' personal wedding proposal act' as stated in one of the complaints, further accuses Chandan Shetty of hurting the beliefs and insulting feelings of Navratri festival and the Goddess Chamundeshwari.